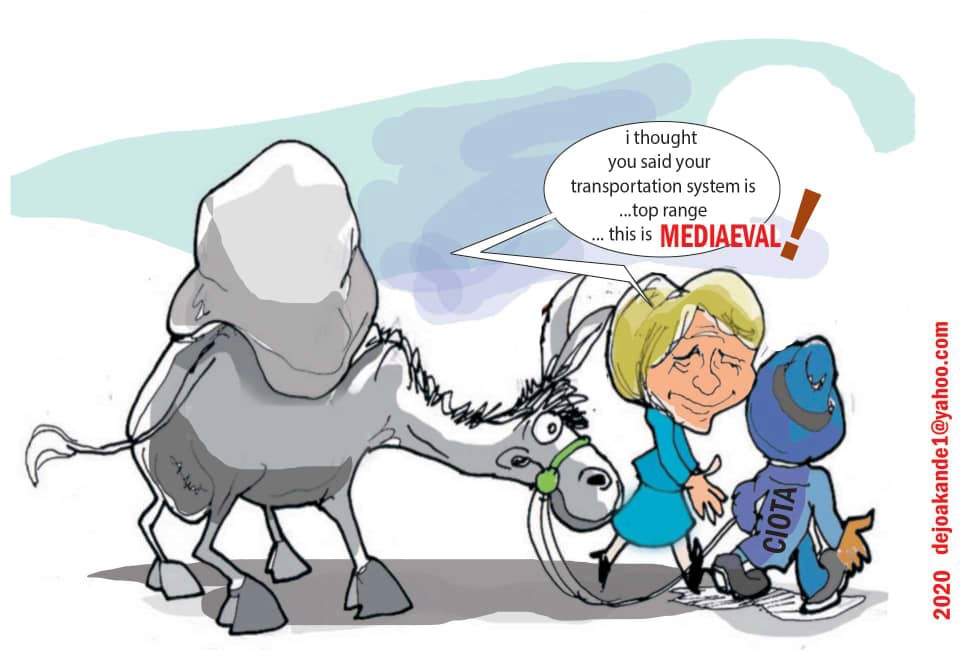 In June 2019, President Muhammadu Buhari signed the Chartered Institute of Transport Administration of Nigeria(CIOTA) bill into law after it was passed by the 8th National Assembly.We consider this as momentous in the history of transport sector in Nigeria which, despite its strategic importance to the economic well being of the country, lacks a professional body that coordinates and regulates its practitioners and their activities.

It is on this premise we welcome the birth of CIOTA which, we believe , shall be at the vanguard of professionalising the sector.

It was probably  in recognition of the need to regulate the practice in the sector that made the National Assembly and the President give the bill an accelerated hearing, passage and presidential assent.

We congratulate the promoters of the bill and the Executive members of the Institute for this feat which now confers on them and all members the professional status similar to ICAN, COREN and other professional bodies.

We however believe that the promoters of the bill are aware of the enormous task, challenges and responsibilities this new status places on the Institute.This is because  practices in all levels of the sector such as maritime, aviation, rail and roads are not guided by a defined and codified set of standard, a situation that has exposed the sector to multi-facet problems.

We are however gladdened by the fact that the Executive members of the Institute are not oblivious of these challenges.

At the maiden press briefing of the Institute held immediately after it was dressed in a new and adorable robe of “chartered”, its President, Dr Bashir Jamoh, rolled out the blueprint for the discharge of its onerous responsibilities.Going through this strategic road map as enunciated by the Institute, we are tempted to believe that Jamoh and his lieutenants have prepared themselves for the task ahead.

The action plans of the Institute give us the impression that its promoters possess the requisite zeal, determination and will power to engage these challenges head on.

However, we must warn that marshalling an action plan in an eloquent manner in which Jamoh and his lieutenants held their audience spell bound is one thing but it is another to match this rhetoric with actual action.

Even though we have an implicit confidence in Jamoh and his Executives on their infectious enthusiasm and determination to succeed, but driving a pioneering effort such as their new status has  conferred on the Institute is fraught with lots of obstacles.

It is expected to cover all the spheres of transport and other logistics chain in the six geo-political zones.

This is no mean task given the present lean structure and purse of the Institute.

We are however consoled by the fact that the men behind the vision of the Institute are no mean personalities who have strong desire to succeed.We however wish to advise that the promoters of the Institute should give a time frame during which their  development plan will be achieved, probably in phases.

This, we believe, will enable them to measure the success or otherwise of their action plan.

It would however be fatal for the promoters to lose focus of their vision and be complacent by allowing  leghathy to set in.
This is why the implementation of the action plan should be monitored to ensure precision.History beckons on Jamoh and other executive members of the Institute for being given a rare opportunity and privilege  to be change agents that will initiate reforms in the practice and processes in the transport sector.

That is why we enjoin them to regard it as a sacred duty which they cannot afford  to fail as there are other bodies who are angling to displace them on this pedestal of glory.

We must commend the institute for its focus on the development of the transport sector through its annual summit which is meant to attract national and  global attention to the challenges in the sector.
From December 1st to 3rd, the institute shall again gather egg heads in the industry to brainstorm on the way forward.
The summit, which is a follow up to the inaugural one held last year in Abuja, is a welcome development that we are sure will begin to stimulate interests and devotion of government and stakeholders to the development of the transport sector.
We commend the President of the Institute, Dr Jamoh and his executive members for their passion and commitment towards chatting a new course towards   professionalising the transport sector in the country.