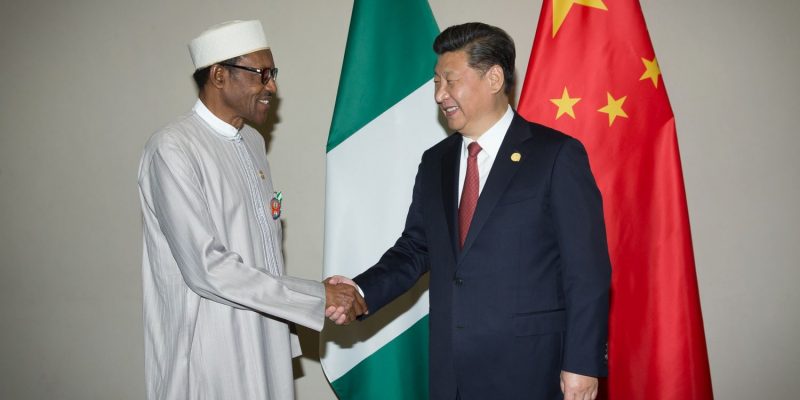 Nigeria is seeking $1 billion so work can continue on a gas pipeline costing up to $2.8 billion after Chinese lenders failed to disburse cash as quickly as expected.

China developed cold feet after they pledged to offer most of the funds.

It is the latest sign of falling Chinese financial support for infrastructure projects across Africa, after years of major Chinese lending for railway, energy and other projects.

A spokesman for state oil company NNPC, which is building the 614-km (384-mile) Ajaokuta-Kaduna-Kano (AKK) pipeline, said it was still negotiating with the Chinese lenders – Bank of China and Sinosure – to cover $1.8 billion of the project cost.

“There’s no cause for alarm,” the spokesman said, without saying whether NNPC was turning to other lenders.

But the three sources told Reuters the company was now approaching others, including export-import institutions, to continue work on the pipeline that will run through the middle of the West African country to its northern economic hub Kano.

Chinese lenders had originally been lined up to fund the bulk of the estimated $2.5 billion to $2.8 billion cost of the project, which is central to President Muhammadu Buhari’s plan to develop gas resources and boost development in northern Nigeria.

NNPC, which was funding 15%, said last year it had used its own funds to start construction.

The sources said the Chinese lenders would not agree to disburse the cash NNPC had expected by the end of the summer, prompting it to turn to others.

“They are looking at Nigeria as one loan, and right now, they feel they are too exposed,” one source said.

The sources said the Chinese lenders would not agree to disburse the cash NNPC had expected by the end of the summer, prompting it to turn to others. “They are looking at Nigeria as one loan, and right now, they feel they are too exposed,” one source said.

Bank of China said it would not comment on specific deals. Sinosure did not respond to a request for comment.

The Nigerian ministries of transport, finance and petroleum also did not reply to requests for comment.

Chinese bank lending to African infrastructure projects has fallen across the continent, from $11 billion in 2017 to $3.3 billion in 2020, a Baker McKenzie report said in April.

With the continent facing an estimated annual $100 billion infrastructure investment deficit, the loss of Chinese funding leaves a big gap to fill.

Nigeria began building the AKK pipeline in June 2020, saying it would help generate 3.6 gigawatts of power and support gas-based industries along the route.

The project was to be funded under a debt-equity financing model, backed by sovereign guarantee and repaid through the pipeline transmission tariff.

Transportation Minister Rotimi Amaechi said this month Nigeria was negotiating a mix of loans from Chinese and European lenders to fund railway projects, after media reports.

This was after reports Nigeria had initially planned to rely primarily on Chinese banks.

It is not only the AKK gas project that China has developed cold legs in funding.

It is also holding its funds from going to Nigerian ICT Infrastructure Backbone project phase 2.

But till now, no dime has been disbursed, three years after.

China loans only make up 10 percent of Nigeria’s total indebtedness estimated at $32billion by the Debt Management Agency.

The World Bank, IMF and development banks account for 54.7 per cent of the debt. Bilateral loans, including from China are about 12.4 percent.

Euro and Diaspora bonds are about 24 percent.Nigeria’s External Debt Stock as at March 31, 2021.