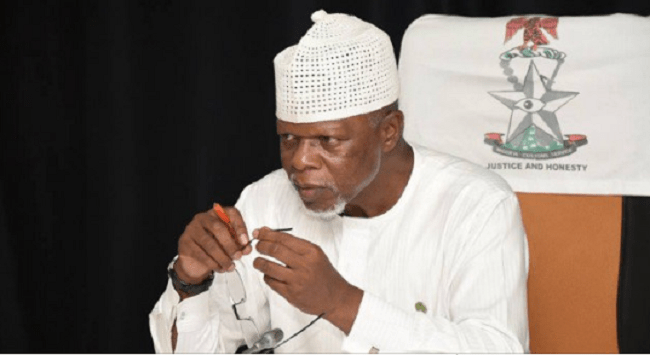 The Comptroller General of the Nigeria Customs Service, Col. Hameed Ali (rtd), on Friday issued commendation letters to the eleven officers who took part in the seizure of cannabis on the waterways on April 21, 2020.

Recall that the Western Marine Command (WMC) of the Service on 21st April, 2020, made a single largest seizure of cannabis of over 10,000 kilogrammes, worth over one billion naira.

The cannabis sativa was subsequently destroyed on 26th June, 2020 at Dalila  Beach in Badagry area of Lagos, having applied all extant laws and most importantly, a court order from the Federal High Court in Ikoyi, condemning the illegal item.

As a way of appreciating the officers and to motivate other officers in other commands, the CGC issued the letters to the men and officers.

Giving the letters on behalf of the CGC, Comptroller Olugbenga Peters, Controller of the amphibian command said it was a good thing that Alli deemed it necessary to give the commendation.

Peters said, ” Gentlemen of the press, we are here this morning to inform you that the outstanding performance of the officers and men involved in the seizure has been recognised by the CGC, Col. Hameed Ali (Rtd) together with his management team by giving them commendation letters.

“The seizing officers’ act have demonstrated zero tolerance to corruption and other vices in line with the policy thrust of the present administration.”

“The commendation would serve as a moral booster to the seizing officers’ and also as encouragement to other officers and men of the Western Marine Command,” he stated.

Speaking further, the Controller said that the command made seizure of various contrabands such as foreign rice, vegetable oil, footwear’s, PMS, among others worth N18, 893, 545 within three months.

He added that the seizures were made in various outstations of Ere, Badagry, Ojo and Idiroko