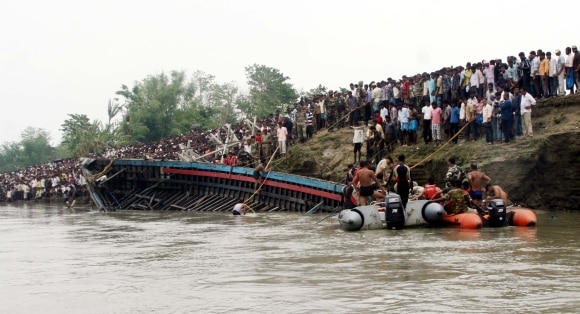 A yet-to-be identified helicopter has reportedly shot at a local passenger boat travelling from Port Harcourt to Bonny in Rivers State on Friday, a local online platform has claimed.There are fears of casualties, with some occupants severely injured and rushed to the hospital.

The online portal reported  that eyewitness at the Bonny-Nembe waterside where the boat took off  in Port Harcourt, told newsmen that there were casualties.

While expressing shock over the incident, the eyewitness said that the boat conveyed passengers and foodstuff.

He said, “The local boat that just left here to Bonny, within the Treasure Island area, a chopper or I will call it a flight helicopter, just came behind, went very low and started shooting at the wooden boat.

“From the information we got from a boat driver, there were passengers in the boat.
The boat also contained foodstuff such as garri, rice and other items.

“Everyone knows that is the route transporting foodstuff to Bonny. Some people died in the boat,” he claimed.

“When contacted, spokesman of the state Police Command, Nnamdi Omoni, said that he had yet to get the report and asked our correspondent to call back later.

“Spokesman of the 6 Division, Nigeria Army, Charles Ekeocha, did not pick calls put across to him by our correspondent; just like his counterpart in the Nigerian Air Force, Port Harcourt, as of the time of filing this report