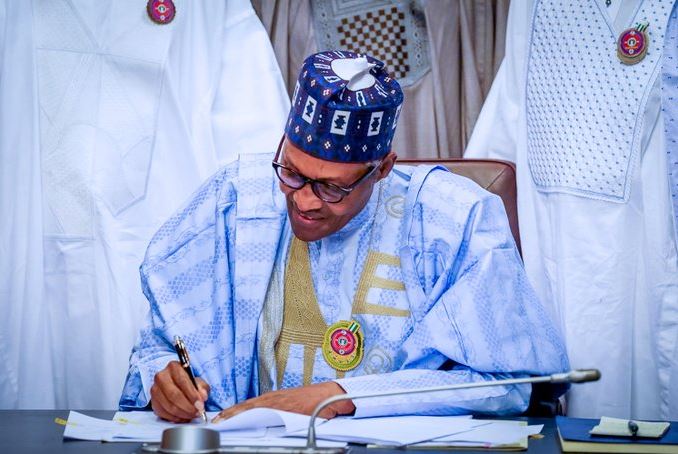 President Muhammadu Buhari on Wednesday approved the renewal of the tenure of Engr. Freeborn Edetanlen Okhiria as the Managing Director of the Nigerian Railway Corporation (NRC) for second term in office.

The approval letter dated 7th October, 2020, sighted by our correspondent on Thursday, was signed by the Permanent Secretary, Federal Ministry of Transportation, Dr. Magdalene Ajani and addressed to the beneficiary.

Recall that Okhiria was appointed as the MD/CEO of NRC in 2016 and will serve out his first term in office in October, this year.

The approval of the renewal of his tenure will serve as his final tenure as the Managing Director in the Corporation.

The approval letter read thus: Re: request for approval of the renewal of tenure of Engr. Freeborn Edetanlen Okhiria as the Managing Director of Nigerian Railway Corporation

“I write to convey approval of the President of the Federal Republic of Nigeria, Muhammadu Buhari GCFR vide letter Ref No. SH/COS/17/ A/1698 dated 5th October, 2020 for the renewal of your appointment as Managing Director of Nigerian Railway Corporation for a second and final four year term effective 20th October, 2020 in accordance with the relevant section of the Nigerian Railway Corporation Act, Cap 129 LFN, 2004.

Congratulations and accept the Honourable Minister’s best regards and a successful tenure,” the letter ended.

SARS takes over investigations into attack on ANLCA Secretariat