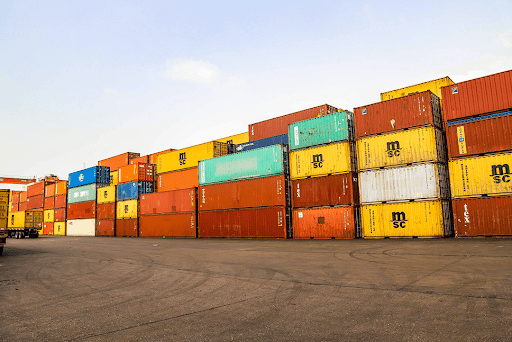 For the maritime industry to achieve its maximum potentials, private sector has a crucial role to play, Director General of Bureau for Public Private Enterprise (BPE) Mr. Alex Okoh has said.

In a release made available to our correspondent by Philips Ojo, officer, Corporate Communications of SIFAX,  the BPE DG believed there is need for private sector involvement in the financing critical infrastructural development in the sector in order for the industry to become a major revenue earner for the federal government.

He made this assertion during a webinar session on “Public Private Partnership as alternative financing model in the maritime sector” hosted by the Nigeria-South Africa Chamber of Commerce and sponsored by SIFAX Group.

Citing the success of the port concession as a justification for more private sector funding, wherein he revealed that the federal government’s revenue from the sector had more than doubled ten years post-concession, Okoh posits that competing needs for government’s lean resources has also made PPP a welcome option.

The BPE DG further revealed that the Federal Government has simplified the PPP process which now allows for private sector players to scout for projects that can be financed through PPP model.

In his words: “The Bureau of Public Enterprises has been entrusted with a significant part of the PPP responsibilities in Nigeria through the Federal Government’s circular of September 2020.

“What this means in effect is that players in the country’s maritime and other key sectors of the economy can identify and suggest projects to the government through the BPE or relevant MDAs.
“Once these projects are examined, approval will be given to the relevant parties to undertake an appraisal, feasibility study or outline of business case which will be scrutinised by the government. Thereafter, a tender will be published.

“The benefit of this is that the originator of the project will be allowed to provide a matching offer with that of the highest bidder and if the party is able to match this offer, they will be declared the preferred bidder”.

He urged the private sector to carefully identify the gap in transport infrastructures in the nation’s maritime sector and work towards providing solutions to these gaps.

Okoh noted that such investments in and around Nigeria’s ports will help reduce the high shipping and terminal charges and local transport to warehouse costs which will in turn make the country’s port more competitive and business friendly in comparison to other African countries.

In his remarks, Mr. Bode Ojeniyi, Group Executive Director, Corporate Services, SIFAX Group, the sponsors of the webinar, said that the subject matter was timely and germane, given the huge infrastructural deficit in the sector that could be addressed with PPP.

He, however, urged that the government should do better at making the country more business friendly by removing the crippling bureaucratic bottlenecks that are currently making investments in any sector very unattractive

Reps set to investigate details of palliatives disbursement to airlines, others