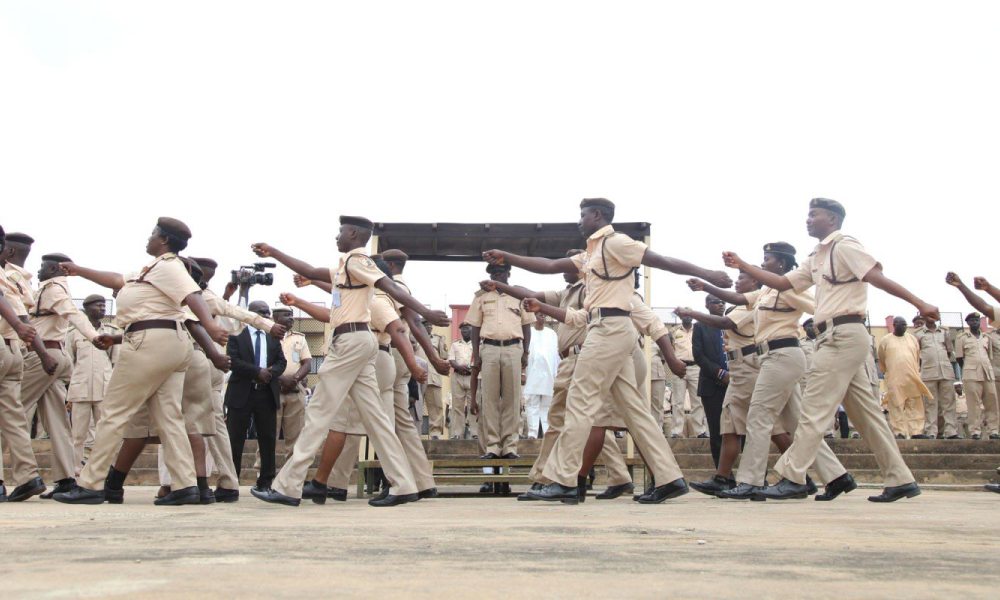 The Nigerian Immigration Service (NIS), International Organisation for Migration, the National Agency for the Prohibition of Trafficking in Persons (NAPTIP) and Port Health Services have formed inter-agency collaboration against issues of migrant smuggling and trafficking.

He said the Service held a one-day senior management meeting with the International Organization for Migration (IOM), development partners, NAPTIP and Port Health Services as part of efforts to flag off the second phase of NIS Training Strategy Implementation Programme (TSI).

The Training Strategy Implementation programme according to him, is one of the IOM supported capacity building activities targeted at border and migration management agencies in Nigeria.

He added that it was aimed at improving the knowledge and operational capacities of Personnel and those of other relevant agencies including NAPTIP and Port Health Officials in managing the unfolding migratory realities.

The release further indicated that the first phase of the programme implementation which spanned the period of 2017-2019 afforded participating agencies the opportunity to deepen interagency collaboration, understanding and synergy in contending with the issues of migrant smuggling and trafficking.

It was during the period that IOM in collaboration with the Service established seven Personnel Training Resource Centres (PTRCs) in locations across the country such as the Service Headquarters in Abuja, Kano, Cross River, Lagos, Kebbi, Ondo and Anambra States.

The PTRCs locations are online-based study facilities that have allowed some of our Personnel the opportunity to upscale their skills on modern Border security efforts and migration management. A total of 2,606 Personnel of the Service and 190 Officials from NAPTIP have so far benefitted from training interventions at the Centres.

Meanwhile, the government of Netherlands has indicated interests to support the second phase of the Training Strategy Implementation programme for the period 2021-2023.

Activities for the period shall include upgrade of the existing training curriculum/trainer’s guide and learning management system.

Speaking at the event, the Acting Comptroller General, Isah Jere Idris, who was represented by the Deputy Comptroller General in-charge of Visa and Residency Directorate, Ishaka Abdulmumini Haliru, described the PTRCs and interventions from the IOM as essential catalysts for skills upgrades for Officers and Men as well as an avenue for interagency collaboration and partnership among frontline agencies like the NIS, NAPTIP and the Department of Port Health Services.

His words, “The opportunity provided by the joint training efforts from IOM has been of tremendous help in building and sustaining the much needed synergy between the two agencies charged with migrants smuggling and trafficking in persons in Nigeria”, he continued.

“He further tasked Command Comptrollers to add value to the Personnel Training Centres by way of instituting sound maintenance culture to preserve the existing infrastructure and learning materials across the Centres.

In her remarks, the Director General of NAPTIP, Dr. Fatima Waziri-Azi, stated that IOM has consistently supported programmes that enhance capacity of frontline operatives. She called on respective agencies to leverage on the contributions of donor agencies and improve on what has been put in place in their organizations. She further called on both NIS and NAPTIP to continue complementing each other in the fight against migrant smuggling and trafficking.

In his contribution, the Director Port Health Services, Dr. Geoffrey Okatubo said Border Health Security has in recent times become more crucial especially with the challenges of COVID-19 pandemic and now the emergence of Monkey pox.

He praised the current robust synergy between his agency and the Service and stressed that more collaborative efforts from all critical partners have become imperative healthy relationships for enhanced service delivery to the people.

Earlier, the representative of the government of the Netherlands Eva De Wit stated that the second phase of the programme shall aim at strengthening joint capacity building efforts for border agencies as well as upscale curriculum development efforts for enhanced learning.

The Chief of Mission, IOM Nigeria Prestage Murina called on the different agencies to institutionalize training and retraining as a way of improving the capacity of the officials involved in border management. She added that plans are underway to establish four additional PTRCs in other Formations in the Service. The Personnel Training and Resource Center (PTRC), is a collaborative effort between the NIS, IOM, governments of Germany and Netherlands.