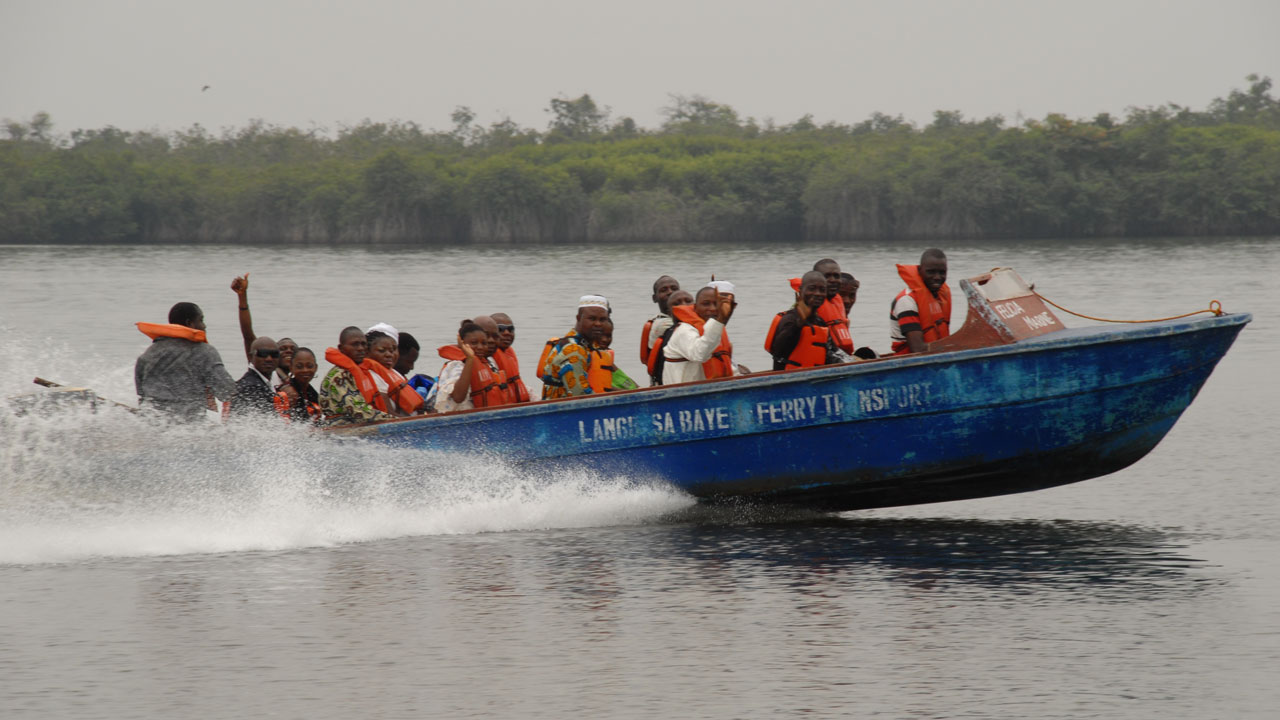 Boat operators operating on the Lagos inland waterways have lamented the  absence of critical infrastructure on the CMS, Badagry route of the state.

Speaking on Wednesday in Badagry during a tour of the Badagry-CMS inland waterways, the Chairman of Association of Tourism Boats Operators and Water Transporters of Nigeria (ATBOWATON), Badagry zone, Mr. Babatope Fajemirokun said most of the waterways from CMS to Badagry are not well dredged while there is no standard jetty along the route for waterways users.

They however urged the Federal Government and the Lagos State Government (LASG) to upgrade waterways infrastructures along the inland waterways while also improving security of the waterways.

According to Mr. Fajemirokun, “In some area, If you look at the types of boats that some of our members are using, to me, they are not too safe. As an investor, we need government presence in Badagry.

“We want government to come and help us dredge the waterways. We need a standard jetty in Badagry.
“In the area of security and safety, we want government to come and collaborate with boat operators in Badagry.
“Commercial ferry operation started in Badagry about eight years ago. Then, it was just one boat that leaves Badagry for CMS with just five passengers. For almost two months, we were doing ferry operation with just one boat.
“Four years after, the boats increased to 45 boats. As at today, from Badagry to CMS, over 100 boats ferry passengers across the waterways.
“These boats stop at various jetties at Abule-Oshun, Ijegun, Kirikiri, Coconut, Liverpool, Ebute-Ero and up to Makoko. Coming back, we have Epe, Whispering Palms, Ajido, Kerekumo, Topo, Marina, Gao, Apa, Gaji and up to Port Novo in Benin Republic.
“So, you see that the traffic has increased tremendously. In a day, we ferry over five thousand passengers. That is why we need government at all levels to come and assist our operations in the area of infrastructure upgrade, dredging and security.”
On efforts by the group to seek assistance elsewhere, the ATBOWATON Badagry Zone Chairman explained that they have written to some commercial banks, and have received favourable responses from some.
In his words, “We have written to some banks for support. Guaranty Trust Bank (GTB), Jaiz Bank and Bank of the North have shown interest in assisting us in improving some of our infrastructure. On our own, we have carried out the soil testing of the route.”
In the area of boat mishaps, Mr. Fajemirokun stated that the number of boat accidents have reduced compared to two years ago.
“Two years ago, we had a lot of boat mishaps. Due to these incidents, we (boat operators) came together and formed a Task Force which comprises of all the Jetty Chairmen and their Secretaries along the Badagry to CMS route.
” We enforced ban of night sailing and overloading which were a major reason for the rise in boat mishaps. Those that were caught were heavily penalised, and this has led to a reduction in boat mishaps along Badagry-CMS waterways,” he said.