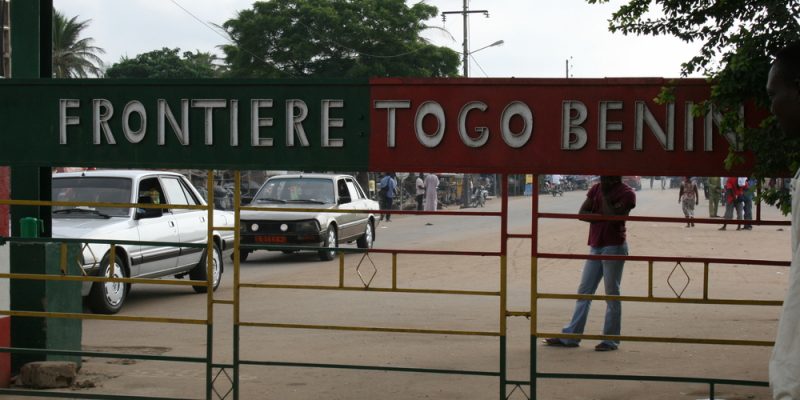 Benin Republic has shut down her border with Togo against Nigerian-bound trucks transiting cargoes through Ilakoji border.

It could be recalled that Ilakoji border is between Togo and Benin Republic and trucks presently trapped at the border are laden with Nigerian bound cargoes.

It was gathered that about 3,700 trucks laden with different cargoes includiing perishables have been stopped from entering Benin Republic for over some weeks now.

The closure is coming against the backdrop of border closure by the federal government of Nigeria against trucks from accessing Nigeria through Seme border.

However, maritime stakeholders have expressed fear that some of the cargoes, which have been under both rain and sun might go bad, particularly the perishable ones, which will bring huge financial losses to the affected companies.

It was further gathered that the Benin Republic government has imposed a new import duty payment of 9million CFA, per every transit truck laden with Nigeria-bound goods, an equivalent of about N6.5 million which, are exempted from all forms of duty under ECOWAS protocols on transit goods.

Confirming the development, the Chairman of the Association of Nigeria Licensed Customs Agents (ANCLA), Seme border chapter, Bisiriyu Fanu said Benin authority actually stopped the cargoes that were coming from Côte d’Ivoire, Ghana and Togo to Nigeria and passing through Cotonou’s, Ilakoji border to Seme border.

He said, “Benin government wants full duty on those goods, Benin authority claimed that they suspected that the goods are not West African produced goods. They don’t even give any reason why they stopped the goods because when  we asked them, they said they are investigating.

“What they are investigating nobody knows. The Benin Republic Controller at Seme border said they didn’t give Ilakoji any circular. Because some of our colleagues that have their trucks trapped said they  could not cross Ilakoji border to Benin Republic so that they can access Seme border up till now.
“The issue has been on for more than two weeks and it has not been resolved.
” I went with my team to Nigerian embassy in Cotonou to make formal report and they have escalated it to Abuja. Republic of Togo and Ghana have also escalated it to ECOWAS. They held about two to three meetings between the last two weeks and now, they are yet to come out with any conclusion.

According to him, what is happening is between Benin Republic President and Nigeria President. He said that when Togo and Ghana wrote to ECOWAS, the Cotonou government said Togo and Ghana never offended them that it is Nigeria they want to deal with.

He explained that ideally, a transit goods is not supposed to pay a kobo because in the transiting country, it will just pass through, adding that Nigerian Government has not done anything to intervene up till now.

The National President, National Council of Managing Director of Licensed Customs Agents (NCMDLCA), Lucky Amiwero, who was surprised over the development, said the decision violates all protocols of the Economic Community of West African States ECOWAS on free trade, especially the ECOWAS Trade Liberalisation Scheme ETLS.

He said Nigerian government shouldn’t have closed it border against Benin for one and half year, adding that Nigeria started what is happening now, which was a big mistake.

“When you have an ECOWAS treaties, you don’t go and block the border without informing your neigbours that you want to close the borders. What they supposed to have done like what America is doing is mutual administrative assistance. There should have been mutual administrative assistance between Benin and Nigeria because both countries have Customs union,” he added.

He said what has happened now is like Benin Republic is trying to payback Nigeria that means Benin is strong enough to be able to withstand its economy, adding that formerly they rely so much on Nigeria.

“I don’t see the reason why Benin republic will block borders because it has never happen before. If Nigeria closes its border, Benin republic government would run down to Nigeria.

“Now, Benin closed her border and I believe it is a very serious issue. How can Nigeria now go into this Africa Continental Free Trade Agreement? It is serious issue,” he said.