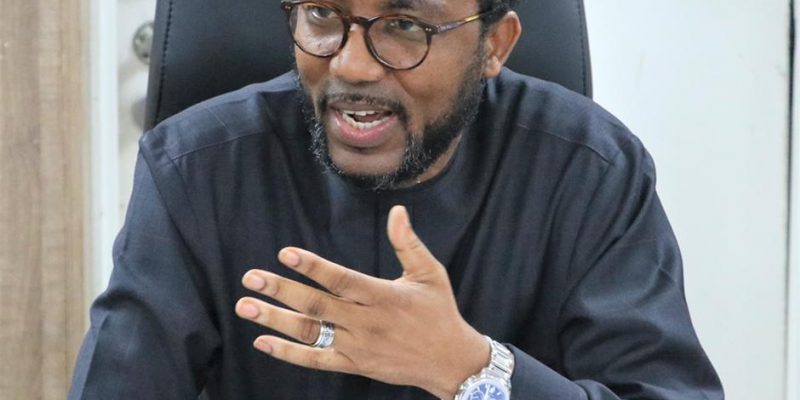 The Managing Director, Nigerian Ports Authority (NPA), Mohammed Bello-Koko, has called on Maritime Workers Union of Nigeria (MWUN), to shelve its planned shut down of operations at all ports and oil terminals in the country, scheduled to start from Tuesday March 1 2022.

The NPA boss disclosed this following a peace meeting held with the leadership of the union led by the President General, Com. Adewale Adeyanju in Lagos.

In a press statement by the General Manager, Corporate and Strategic Communications, Ibrahim Nasiru, he said the NPA boss at the meeting appealed to the union leaders not to deviate from the path of peace and industrial harmony the union has cultivated over the years.

He, however, admonished that dialogue remain a veritable tool to address every agitation, be it at the work place or in the larger society.

MWUN, the umbrella body of port workers in the country, had in February threatened to shut port operations nationwide, over alleged refusal of the International Oil Companies (IOCs) to allow the stevedoring companies and their workers (who are members of the union) access their platforms, thus denying them wage earning opportunities as provided by law.

At the Friday meeting held at the Authority’s head-office, the NPA helmsman reminded the union leaders that shutting down port operations generate several negative ripple effects far beyond the port industry.

“It is very important we keep the ports open for business 24 hours daily, this is our cardinal mandate as a port administration and I expect your union as a critical stakeholder would continue to partner with us to maintain and sustain this mandate,” he said.

In appreciation of the important role of the dockworkers in the maritime industry, Bello koko disclosed that the Authority in conjunction with the Federal Ministry of Transportation (FMoT), is already making effort  to ensure that IOCs allow appointed Stevedores and dockworkers access to their platforms as stipulated by law.

President General of MWUN, Comrade Adewale Adeyanju, while assuring the meeting of the union’s consideration to defer the planned strike, expressed the union’s satisfaction with the intervention by the Bello Koko led Management.

According to him, “we commend the NPA as our landlord and parent employer, we are happy with the MD’s intervention and confidence building words; we will consider shelving the planned strike pending the outcome of further meetings.

“We are doing this as a show of respect to your office and in the interest of peace and industrial harmony in our maritime industry” he stated.

An enlarged meeting of relevant stakeholders to discuss and resolve all issues of concern has been scheduled for Monday, 28 February.

In a related development, Bello-Koko has entreated customs agents protesting against the new Vehicle Identification Number (VIN) Valuation System introduced by Nigeria Customs Service (NCS) to sheath their swords and embrace dialogue in resolving all their complaints against the new method of computing customs tax on imported vehicles.

The NPA MD, who was at the Tin-Can Island Port, last Friday, on a site inspection of some infrastructure projects, explained that any disruption in the supply chain would lead to higher cost and longer delivery time for shipments, such a situation reflects negatively on the bottom line of all players involve in port business, including government agencies.

In the MD’s words, “my appeal to our customs agents and freight forwarders is to engage the Nigeria Customs Service, rather than result to self-help or take actions that would promote port congestion and all the challenges that come with it.

“As the landlord and technical regulator, we will be working with sister government agencies to ensure Nigerian ports remains business friendly and globally competitive”, he stressed.