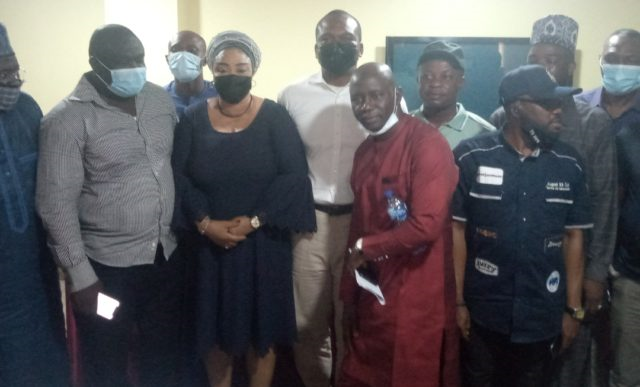 Barge Operators Association of Nigeria (BOAN), is to embark on a two-day self cleansing exercise in furtherance of its safety vision.

The President of the association, Mr. Edeme Kelikume at a press conference in Lagos on Monday, announced that all members’ crafts shall be inspected and certified adding that, those that failed the test will be removed from the system.

He stressed that the association will write to terminals and shipping companies not to engage barges which fail the test during this period.

According to him, to carry out the sensitization and enlightenment campaign for  stakeholders on the safety implications of the marine transportation sub-sector for two days.

Kelikume lamented  the high spate of barge accidents in recent time and  attributed them to substandard jetties, improper loading by operators and lack of balance on the barges.

The President expressed the hope, that the two-day shutdown of barging services will enable the regulator, Nigeria Maritime Administration and Safety Agency (NIMASA) , National Inland Waterways Authority (NIWA), Nigerian Ports Authority (NPA) and Nigerian Navy to address issues of overlapping functions and duplication which he claimed to a large extent, affected barging operation.

He  pointed out that some of the challenges faced by bargers include duplication of functions by the regulators thus creating an unfavorable environment for businesses to thrive in the marine circle.

Kelikume stressed that the suspension of activities would enable barge operators retrain their captains and officials about safety and best practices in the business.

Despite the recurring barge accidents in recent times, BOAN posited that none of its members have been involved in the accidents, hence, the group proposed that every barge operator in the pilotage district should be a member of BOAN.

On the contributions made so far by his association in maritime development and economic implication,  Kelikume stated that over 1million TEUs and more than 10,000 trucks have been moved via barges in the last three years, as top companies would have shutdown without the intervention of barging amid the chaotic port access roads.

He advised that tugboats be attached to barges in the pilotage area so that there could be speedy response when accidents occur.

In his contribution, Mr. Wilson Ugbo decried the involvement of multinationals  in barging activities saying the job is exclusive to Nigerians alone.

He further frowned at the influx of unlicensed and unregulated barges in the operations.

Ugbo noted that accidents occur even in top maritime nations where best practice is prioritized, but stressed that no properly licensed barge operator would be victim of the numerous cases in Nigeria.

He called on NPA and other government regulatory agencies to wade the big stick on those who are not supposed to participate in the marine operations, saying it has a graven security implications to the detriment of the country

Recall that only a week ago, viral video of some barges laden with containers  involved in a ghastly accident along the Lagos Pilotage District  surfaced.

The barge operators however, distanced itself from the said accident , saying it has nothing to do with members of BOAN.

Minimum Wage: NLC to embark on nationwide protest on Wednesday