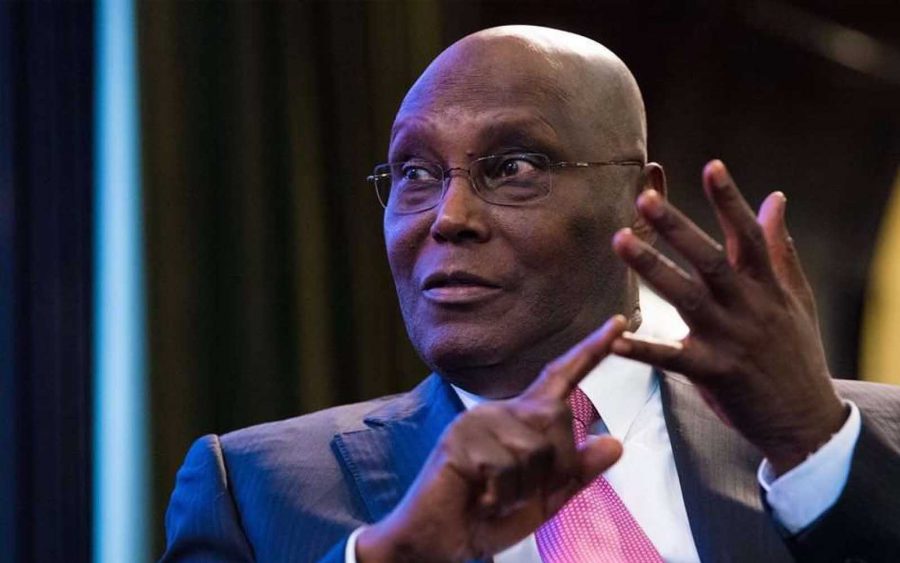 His media aide, Paul Ibe, in a statement titled ‘Atiku redirects his investment in Intels’, confirmed on Monday.

According to the statement, one of the reasons Atiku sold his shares was General Muhammadu Buhari’s led Federal Government’s alleged pre-occupation to destroy “a legitimate business”.

The statement read, “Co-founder of Integrated Logistics Services Nigeria Limited (Intels), Atiku Abubakar, has been selling his shares in Intels over the years.

“It assumed greater urgency in the last five years, because this Government has been preoccupied with destroying a legitimate business that was employing thousands of Nigerians because of politics.

“He has sold his shares in Intels and redirected his investment to other sectors of the economy for returns and creation of jobs. There should be a marked difference between Politics and Business.”

Although Atiku did not specify the number of shares sold, he said he has been redirecting the proceeds into other businesses.

The share sales assumed greater urgency in the last five years, a period which coincides with Buhari’s ascension since May 2015.

Recall that NPA in August 2020, terminated a boat operation contract with Intels accusing Intels of owing it about $140m in non-remittance of revenue in which Intels collected money on behalf of government contradicting the Treasury Single Account policy of government.

However, in a swift reaction, Intels said it severed ties with Atiku and his family after the former Vice President, through Guernsey Trust International, sold shares of Orlean-Invest Group, Intels’ parent company, between December 2018 and January 2019, for approximately $60m.

In a statement entitled ‘Intels severes ties with Atiku’, on Monday, Intels spokesman, Tommaso Ruffinoni, explained that Atiku had received his balance of $5.4m alleging, that, Atiku owed the company $24.1m before converting his shares.

“In the period between April and May 2020, Mr. Atiku Abubakar converted his remaining shares into a convertible bond that he subsequently monetized up to a residual sum of approximately $29m.

“When he requested to cash in the above-mentioned sum, our Group contested to Mr. Atiku Abubakar a debt, towards our Group, of $24.1m. Without having received any answer regarding the matter, on 30th of November 2020 Mr. Atiku Abubakar was informed about the set-off of such sum while we made available the remaining sum of $5.4m.

“With the completion of the above-mentioned transactions, the era of Mr. Atiku Abubakar family’s involvement with the Group Orlean-Intels is over.

“On 1st December 2020 our Group terminated also the working relationship with Mr. Abubakar’s sons, Mr. Adamu Atiku-Abubakar and Mr. Aminu Atiku-Abubakar, and since that date, our Group does not have any contacts, neither direct nor indirect, with members of Mr. Atiku Abubakar’s family.”