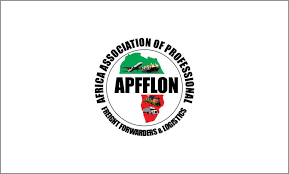 The Africa Association of Professional Freight Forwarders and Logistics of Nigeria (APFFLON) has petitioned the Inspector General of Police (IGP) over the illegalities and anomalies perpetrated by security agents and government agencies in the process of cargo clearing at the port.

The National President of APFFLON, Otunba Frank Ogunojemite, dropped this hint  on Tuesday during the inauguration and restructuring of some chapters at the association secretariat in Ikeja, Lagos.

Apapa, Tincan and Ikorodu chapters were among the chapters inaugurated while the airport chapter was restructured.

Responding to questions from journalists shortly before the inauguration, Ogunojemite said that the group was poised to fighting the cause  of members of the group except the ones not brought to the notice of the association.

While calling for members to avail the national secretariat of association  with necessary information, he said some letters have been sent to the Inspector General of Police over anomalies of security agents as well as that of the governmemt agencies.

“Those things we want to do differently is what we have started doing. For instance,there are lots of issues with alerts and I have a lot of information.

“The present IG is the one that unveiled APFFLON when he was the AIG Maritime in Kam Salem and we have put a letter across to him on this issue.

“In terms of Customs, the FOU Task Force causing issues on the roads, we were part of the advocacy that said they don’t need to come close to where ports are because that shows they don’t trust themselves.

“If an officer releases a consignment and not long away, another operative impounds it, what does that mean?

“But Ekekezie who is the ACG in charge of western zone has spoken to us a lot about the issue because there are lots we have talked about with her.

“We are working on that except those members do not bring it to the table of APFFLON.

On the spread of the association across Africa as the name portends, he said the group had been registered in South Africa but could not unveil it because of the effects of Covid-19

He added that the process of registering the presence of the group in Ethiopia is currently ongoing, assuring members that it will soon come into limelight.

“We have done a lot but the Covid-19 has been an impediment that did not allow people to know what we have been doing so far but so far,we have registered in South Africa and Ethiopia is ongoing.

“We have done that of South Africa over one and half years ago but we could not unveil because of the effect of the pandemic,” he submitted.