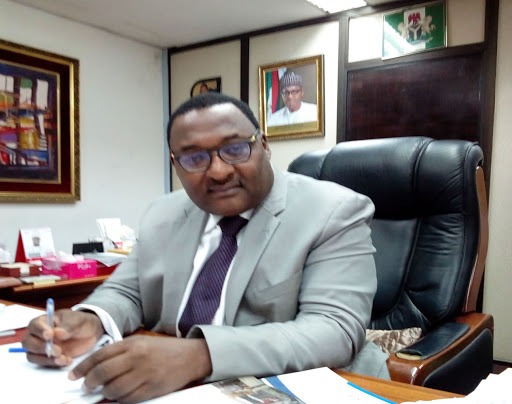 The Nigerian Shippers’ Council (NSC) on Friday said that the Council has set machineries in motion to put an end to the perennial Apapa gridlock before end of first quarter of 2021.

The Executive Secretary of the Council, Barr Hassan Bello gave the hint on Friday when he played host to the National Advisory Committee set up by the presidency on African Free Trade Area (AfCFTA) at the Council’s head office in Lagos.

He added that the gridlock and other issues in the ports and along the corridors being tackled would ensure the country utilise the benefits in the AfCFTA.

His words, “We have a deficit on infrastructure, issues in rail, road, connectivity between our ports and the hinterland and elsewhere in Africa.

“Am an optimistic person and that is why I want to say that by March, first quarter of 2021, the gridlock in Apapa will disappear.

“This is because we are approaching it in a scientific angle.

” First we have to make the ports digital  and contactless, no need to go to the port to make payment or other transaction, all these will be online,” he said.

Bello pointed out that the country’s dependence  on the road for the delivery and evacuation of cargoes was totally wrong, adding that they are introducing rail and barges through the inland waterways.

He said that also by November, the Nigerian Ports Authority would deploy electronic call-up system to manage traffic, customs on e-customs, provisions of scanners.

Bello noted that the country had things to make us natural leaders; biggest economy in Africa, population, vast stretch of hinterland, coastline, market and others.

He said that all these would have to come together in a very deliberate manner to make sure that trade was made, also noting that it was not about all these things listed but about infrastructure and processes.

The NSC boss added that he had been advocating for the economy to be trade- based which he believed would have  impact on economy internally, production, manufacturing, transport and others.

He noted that it was important that the country wake up to the realities in time, noting that the COVID-19 pandemic was a rude awakening for us to see how without internal development, we could not have been of any significance in the committee of nations.

“52 countries have ractified this agreement that is coming up effectively January 2021, billions of people will be involved, a lot of Gross Domestic Products depending on what one has done to its country.

“It is like the world cup, when five countries are scrambling for host in the cup, going round inspecting the stadia, infrastructure, hotels to determine the readiness or otherwise and the best will be given, this is where we are in the free trade area in Africa.

“This agreement is good but will only favour those who are ready, who are continuously improving on their infrastructure and if I look at the state of our readiness, then we have a lot of work to do,” he said.

He noted that Nigeria was conscious of her natural position, adding that the country was at the centre of the world and nobody could do things  for us but us.

“Having a national fleet is very important for us to operate and manage, carry out own crude oil, look at our trade terms and there are also laws that we will harvest.

Bello pointed out that they would appoint some of shippers council staff to work with the committee to ensure the free trade agreement was done.

Mrs Funmi Folorunso, an AfCFTA champion for Transport Sector said that they would ensure that Nigeria takes leadership position in the African trade area, focus being on transportation.

According to her, the potential of African trade area has not been quantified by anybody as it is been looked at from every angle, adding that it is a game changer that should be utilised.

She added that however,  the game changer might be utilised,  underutilised or poorly utilised.

“The essence of this meeting is to start off an engagement with NSC, to work with them to ensure that Nigeria optimises the potentialities, benefits not just by sitting down but hardowork.

“Recently we have a workshop where we looked at different groups and we have come up with an interim report on the workshop which we will present to you.

“However, the trade agreement is coming into effect Jan. 1, 2021 and from your presentation during the workshop, you said that nobody will handover leadership position to us just because of population, vast land and others.

“We appreciate the lot of work the council has done, even keeping the economy going during covid and this is why our first port of call after the workshop is here.

“We hope that you will direct us, going forward on what is the next step,'”, she pleaded.