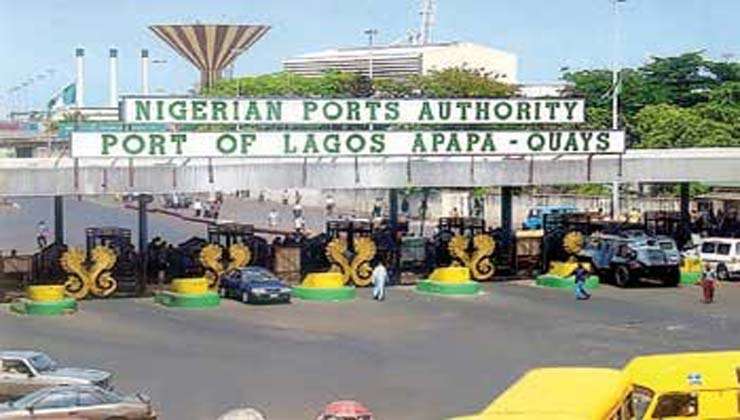 The Apapa Area Command of the Nigerian Customs Service has collected the sum of N86billion in the month of October 2021.
This feat was achieved despite initial glitches that slowed its operations
According to the press statement signed by  Abubakar Usman, the Public Relations Officer on behalf of Customs Area Controller, Apapa Command, Comptroller Yusuf Ibrahim Malanta, the tempo of increase in re
venue collection is being sustained through the volume of trade and strategies put in place by Comptroller Yusuf.
The CAC achieved this milestone by raising stakeholders’ compliance level and inter-agency collaborations between Apapa Customs Command and other government agencies.
A breakdown of the total collection shows federation and non-federation figures thus:
Figures under the federation account are as follows:
Import duty at ₦38,436,536,897.00;
Excise duty at ₦199,038,533.00;
CET Levy at ₦5,625,077,502.00; and
Fees at ₦401,830,622.00.
All of these come in at a subtotal of N44,662,483,554.00.
Figures for the Non-federation Account are as follows:
Port Levy at ₦2,690,572,938.00;
NAC at ₦165,872,139.00;
1% CISS at ₦4,612,963,465.00;
0.5% ETLS at ₦2,688,286,656.00;
Sugar Levy at ₦598,518,814.00;
Wheat Flour Levy at ₦488,959.00;
Iron Levy at ₦47,220,994.00;
Wheat Grain Levy at ₦7,892,567,890.00;
Ness Levy at ₦102,989,524.77.
All of these at a sub-total of ₦18,799,481,379.77.
For Value added tax the command collected ₦22,560,783,616.00 leading to a grand total of ₦86,022,748,549.77.
While commending most port users and stakeholders for their increasing level of compliance, Comptroller Yusuf urged them to continually avoid unlawful activities such as concealments with intent to smuggle; false declaration and undervaluation to evade accurate duty payments.
According to him, any importation that runs contrary to the provisions of sections 46 and 47 of Customs and Excise Management Act CAP C45 LFN 2004 and Customs and Excise Notices No.1491 will not be allowed into the country.
He said the command will not compromise wherever and whenever the need arises to make arrests and seizures for infractions deserving of such actions
He further charged the command’s compliance team to maintain their zero-tolerance for infractions as a way of protecting the national economy.
The CAC also described the inter-agency collaborations between Apapa Customs and other government agencies as an operational masterstroke yielding great results.
With reference to recent joint seizures of 32.9kg of cocaine uncovered in a vessel, MV Cha Yanee Naree, in Apapa Port in October and 74.119kg of captagon pills hidden in various components of machine parts which were seized in September, Comptroller Yusuf lauded the sustained intelligence sharing between the command and sister agencies like the National Drug Law Enforcement Agency (NDLEA), Department of State Service (DSS), Nigeria Police, Nigerian Navy, Nigerian Army and others.
He said only importers and agents who either want to smuggle or evade duty payments will fault the command and its growing synergies with other agencies which are strengthened through collaborations.
He also advised all importers and agents to take advantage of the one-stop shop compliance and dispute resolution mechanism aimed at achieving trade facilitation without compromising national revenue and security.