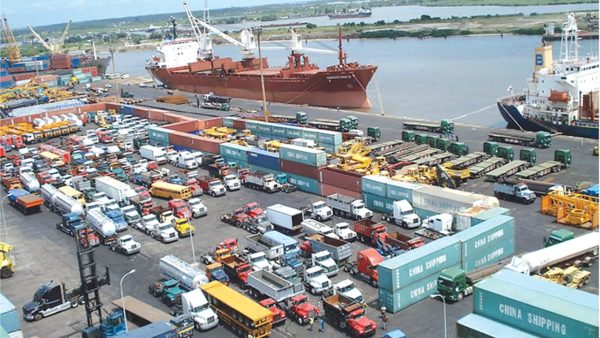 …intercepts contrabands worth over N31 billion

The Apapa Command of the Nigeria Customs Service (NCS) on Thursday announced 103 contrabands intercepted in various seizures within one year.

It added that it made a whooping N245 billion from export goods within the period from items including steel bars, agricultural and mineral products among others.

The command Public Relations Officer, Abubakar Usman disclosed this in a release made public on Thursday.

According to the release, the seizures were made possible as the result of the Commands renewed stratrgies in anti-smuggling capacity.

The statement quoted the Controller, Comptroller Yusuf Malanta Ibrahim as  saying that the command had further strengthened its anti-smuggling operations against economic saboteurs through credible intelligence driven operations and continuous partnering with other relevant agencies for effective port management.

He hinted that the worthy of mention among the seizures was 46.55kg of cocaine concealed on vessels MV Karteria and MV Chayanee Naree laden with raw sugar.

The Controller disclosed that some of the seized items include containers of foreign parboiled rice, tomato paste , secondhand clothes and unregistered pharmaceuticals such captagon pills, tramadol, codeine syrup among others.

He noted that the seized items were made in accordance with provision sections 46, 47 and 161 of CEMA CAP C45 LFN 2004, adding that the seizures were condemned by a competent court of law with the suspects still undergoing investigation and interrogation.

On export trade, the Command boss said that the sustained trade facilitation strategies put in place had positive impact on export trade through the Apapa port.

His words, ”In the year under review, the Command recorded a boom in the exportation of non-oil commodities with about 110% increase in tonnage above the figure of the year 2020.

He however added that the naira equivalent of the exported goods stood at over N245 billion while items exported include steel bars, agricultural and mineral products among others.

The feat he said, was achieved through the Federal government policy and export incentives schemes occasioned by the service and automation of NXP and CCI.

Meanwhile the Command was able to collect a revenue of over N870.388 billion in the year under review despite the enormous challenges faced in the trade supply chain occasioned by Covid-19 pandemic which is still ravaging economies around the world couple with high cost of freight, incessant traffic gridlock, rail construction through port as well as ensuring increase in compliance level from stakeholders.

The amount generated shows an increase of about 68% in comparison with the collection of 518.4 billion in the year 2020.