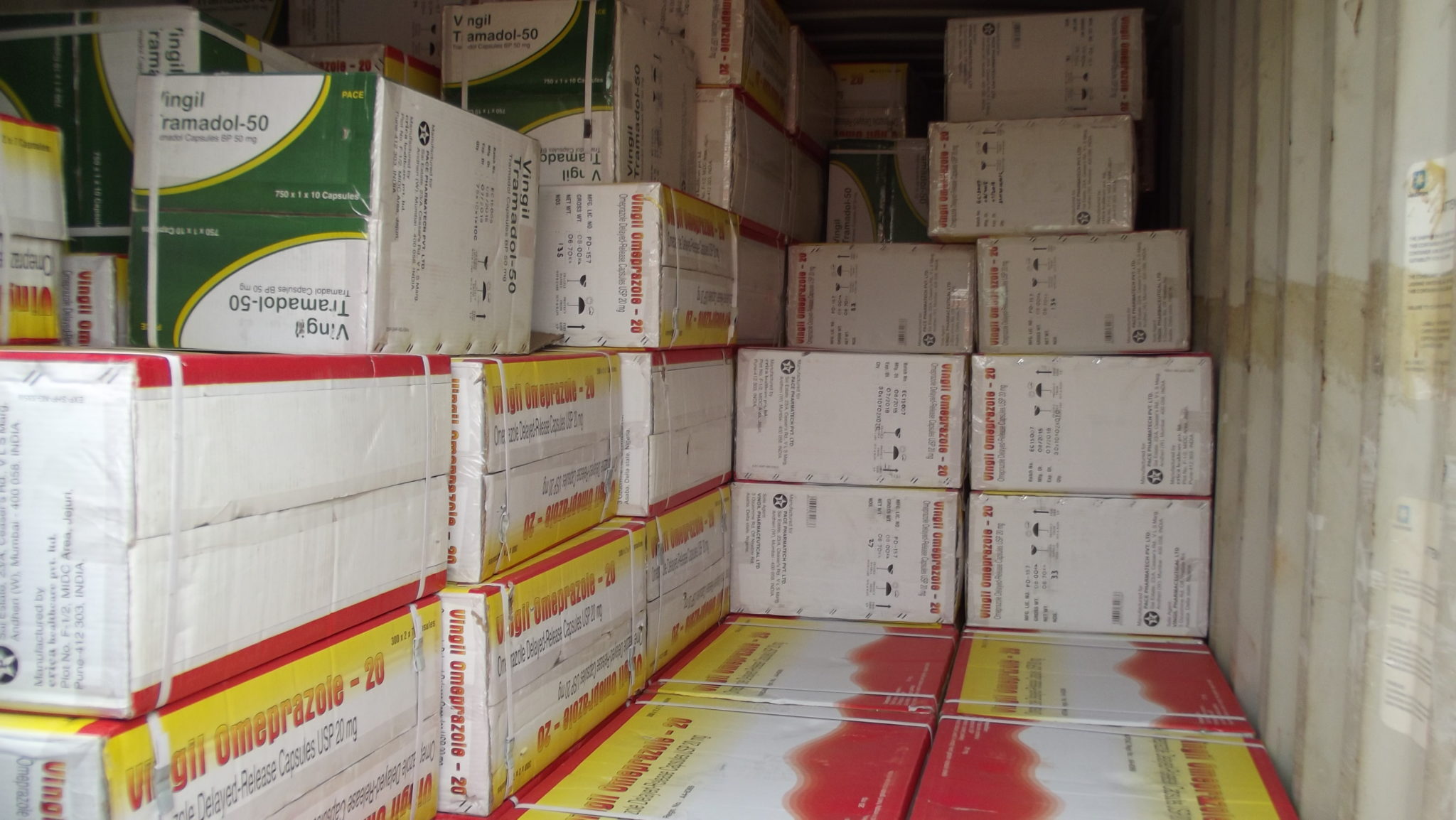 Deploying intelligence through credible information and collaboration with other government agencies, the Apapa Customs of the Nigeria Customs Service has intercepted a cache of illicit drugs in two separate seizures.On Thursday, the command showcased 150 cartons of tramadol containing 4,500,000 tablets worth about N3.7bn.100 cartons of this illicit drugs were interdicted in Jaelith bonded terminal while the 50 other cartons were uncovered at ESS Libra terminal, Ikorodu.However, on Friday, the command, under the leadership of Comptroller Ibrahim Malanta Yusuf, showcased a similar seizure of 150 cartons of tramadol.According to Comptroller Yusuf, the illicit drugs were laden in 1x 20 container marked PCIU 0183241 which was declared as Static Converter and Switches.Addressing journalists Friday at the APMT where the seizure was made, Comptroller Yusuf declared that the command received credible intelligence and the container movement was tracked , traced from the port of loading in Singapore through Hong Kong and China before it was intercepted at Apapa port, the port of destination, having passed through about four ports to cover its track.Yusuf said that, when the container was offloaded at the APMT, the officers immediately ordered for its dropping for examination before the importer could transit the offensive consignment.“On examination of the container, there are 69 cartons of 250 mg tramadol and 81 250 cartons of tramadol.Each of the carton contains 72 rolls, each roll contains 10 packets , each packet contains 10 satchets while each satchet contains 10 tablets”, CAC said.Comptroller Yusuf warned that Apapa Command is not a safe haven for importation of illicit drugs as intelligence officers will continue to intercept such uncustoms goods.He revealed that the command has a robust inter-agency collaboration with other government agencies and the closely- nitted bond among them has been solid which has produced spectacular results of seizures.“We shall continue to arrest the perpetrators of this illicit trade and bring them to book” the Customs chief stated.He declared that information to unravel the culprits behind the illicit consignment is ongoing.“We have  a bill of laden which is a cardinal point that there is a declaration and that is why we are able to trace and intercept this illicit consignment.Investigation is going on and our searchlight is on the description of the consignee on the bill of laden” Comptroller Yusuf stated