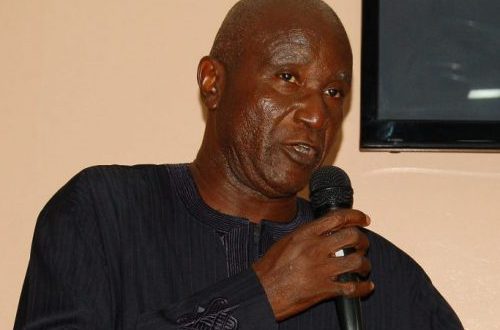 There is palpable tension in the nation’s aviation sector over absence of runway lighting at the Muritala Muhammed Airport, stealing of critical aviation equipment at at the Port-Harcourt International Airport as well as archaic and failure of aviation equipment.

These, however, have raised fears among stakeholders who argued that the aviation sector may be set for another serious incidents if the above-mentioned challenges are not addressed.

Recall that the aviation industry have experienced boom lately due to insecurity across the country, thereby making road travel almost impossible and air travel an alternative for the elites.

However, concerns are currently mounting over the safety of aircraft taking off and landing at the country’s airspace due to the increasing level of vandalism and archaic navigational aids.

These twin problems, according to stakeholders, posed embarrassment and danger to the safety of aircraft.

The stakeholders have argued that without adequate navigational aids in place to enhance flight operations, aircraft and passengers are at risk, saying if communication is poor, it increases the stress and reduces air safety.

For instance, while the domestic wing of the Murtala Muhammed International Airport (MMIA), has been without runway lighting for the past 13 years, thereby making domestic airline land at the international runway at night and taxi to the domestic wing, at Port-Harcourt airport, only three out of ten wind sheers censors were said to be left on the runway.

The stealing of the critical aviation equipment at the Port-Harcourt airport has, however, led to six serious air incidents during landing as reported by the Accident Investigation Bureau (AIB), Nigeria investigations.

However, the Secretary General, Aviation Safety Round Table Initiative (ASRTI), Group Capt. John Ojikutu (rtd), argued that vandalism and failures of critical equipment at some nation’s airport is a recipe for disaster.

According to him, the nation should blame itself if absence of the critical equipment lead to serious incident, asking how many safety recommendations by AIB-N have been implemented or enforced by the Nigerian Civil Aviation Authority of Nigeria (NCAA).

“Firstly, we must commend those that brought to limelight vandalism and failures of some critical safety equipment that is, the wind sheers censors and Instrument Landing System (ILS) at some of our airports.

“Without them, we would have continued to go along in cycles until something catastrophic happens.
“These are critical equipment for providing safety services to air traffic, but, we should ask those responsible for providing these critical services, how long has the stealing been going on and who in the airport did they report to?”

He continued, “in Port Harcourt airport, only three out of 10 wind sheers censors were said to be left on the runway and the airport is one airport that has recorded more than six serious air incidents during landing as reported by the AIB investigations.

“Safety recommendations were made but how many of these recommendations have been implemented by the airport authority and NIMET or enforced by the NCAA?”
“For me, these and the absence of lightnings on MMA Runway 18L which has been there for over 13 years are very serious neglect by the responsible authorities.
“We all should blame ourselves if something ever goes wrong at any of these airports.”

Ojikutu also asked when last was audit carried out on facilities and services at the airports, saying with the report coming out from the airport,  the nation could be heading towards another serious air incidents.

“My worries were when last did the responsible authority conduct the mandatory annual audits on these facilities services and the services providers and what were the reports?

“The intervention fund that we cry for and seemed to be dolled to the airlines alone should be extended to the services providers too otherwise, with the reports coming out now, we may be heading into another critical period as we had in 2000/2007,” he said.

Abioye, in a chat, said the Federal Airports Authority of Nigeria (FAAN) and Nigeria Airspace Management Agency (NAMA), should immediately device modern methods of monitoring equipment and navigational aids across the country.

He said, “vandalism and stealing of navigational equipment is becoming a new trend and an alarming threat to flight safety.

” Something drastic must therefore be done speedily about this unacceptable situation by those concerned such as the Nigeria Police attached to our airports, rather than be stopping vehicles and searching them for whatever is not missing.
“They have a duty to provide secondary duties to the FAAN through Aviation Security.
“There was a time when these bodies engage in runway patrol, airside monitoring and surveillance. I cannot say specifically if this has been stopped and if so, it must be reactivated immediately.
” Bearing in mind the safety and huge cost implications attached to these unwholesome vandalism and stealing of navigational aids and equipments, FAAN and NAMA should immediately device modern methods of monitoring their equipment and navigational aids across the country.
“I must also remind ourselves that as often said, a disgruntled worker is an accident waiting to happen. Do not forget that these equipments cannot be stolen and or vandalised except by people who most likely had access to them and being frustrated with the system may decide to tamper with them.
“There should therefore be an internal security system review, re-jig the relevant security apparatus for effective and efficient service delivery.”

On archaic navigational equipment, he said government is spending huge amount of fund to replace outdated equipment,  saying the service providers should deepen the process the more.

“Finally, there is nowhere within the Nigerian aviation system where we have archaic navigational equipment in the sector. Millions of dollars are being expended on the procurement and replacement of obviously unreliable and unserviceable pieces of aviation equipment all over the country. We should encourage our service providers to deepen this process the more,” he said.