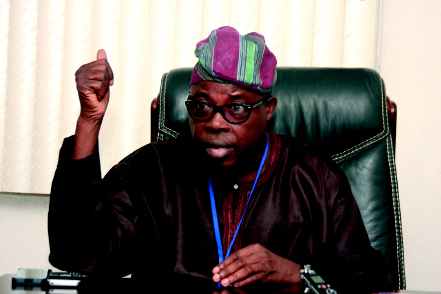 The immediate past National President , Associatiin of Nigerian Licensed Customs Agents (ANLCA), Prince Olayiwola Shittu, has expressed fears over  recent deployment of Directors of Revenue to Federal Government owned enterprises, saying such moves would  add more problems to what the country is presently experiencing

Shittu disclosed this on Friday during the World Maritime Day celebration put together by Nigerian Association of Master Mariners  in Lagos.

Shittu said that the initiative would only lead to creating targets for the agencies as obtained in the Nigeria Customs Service (NCS) which he said would aggravate the sufferings of Nigerians.

The Federal Government Owned Enterprises (FGOEs) to which the Directors of Revenue will be deployed in this first phase include: The Nigerian Ports Authority (NPA), Nigerian Communications Commission (NCC), Nigerian National Petroleum Corporation (NNPC) and the Nigerian Maritime Administration and Safety Agency, (NIMASA),

The full implementation of the pilot phase of deployment of the Directors of Revenue to the FGOEs was approved earlier in the year by the Honourable Minister of Finance, Budget and National Planning, Zainab Shamsuna Ahmed.

At an orientation programme for the Directors of Revenue in Abuja, the Minister said the initiative was in compliance with the Presidential approval that was conveyed through Secretary to the Government of the Federation’s (SGF’s) circular with reference SGF.50/S.3/C.9/24 of 16th October, 2018 on the approved Revenue Performance Management Framework for Government Owned Enterprises(FGOEs).

The Minister said the deploymēnt of Directors of Revenue to the Federal Government Owned Entities (FGOEs) was to fully explore the potentials of these Agencies as alternative sources of revenue.

Speaking on the development, Shittu, who is the Chief Executive Officer of Skelas Group , while referring to the Directors as ‘Economic Policemen,” believes that the initiative will add to the cost of doing business in port operations adding that,”Now that the goverment has decided to raise economic policemen, that’s what I will call them, Assistant Directors (Directors) into all goverment agencies, where they are going to raise revenue, then be rest assured that those guys are going to add more problem to what we have now.

“In no time, we know the target will go round, the good old days will go and we are going to do modernisation.

He had earlier on accused government agencies in the maritime of being selective in dealing with stakeholders that they were established to cater for.

He added that all operations in the maritime were interwoven and until they were knitted together, there can not be any meaningful development in the industry.

“In maritime, our activities are interwoven because it all boils down to cargo as a commodity.

“The unfortunate thing is that we have not been able to knit these together in Nigeria to achieve anything at all.

“I can understand anytime I read the newspapers that even those who have certificates among the seafarers don’t have where to go and practise before they become specialists and we are wondering what is wrong.”

Who should  regulate barge operations?