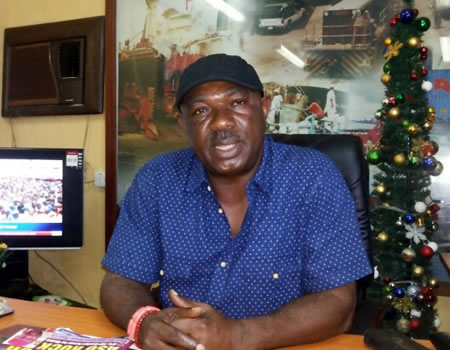 The Founder,  National Association of Government Approved Freight Forwarders (NAGAFF), Dr. Boniface Aniebonam, has warned the leadership of the Association of Nigerian Licensed Customs Agents (ANLCA) to desist from attacking NAGAFF if they ever wanted peace in the association.

The NAGAFF Founder also warned the association to desist from fighting NAGAFF, as this could be the reason for the unending crisis in the association, while calling on ANLCA to apologise to NAGAFF for the years of attack on NAGAFF.

Aniebonam however called for synergy between the two associations to work together as a team in resolving the various challenges confronting freight Forwarders in the country.

According to him “Our sister association should embrace peace and stop fighting, let them put their house in order to support NAGAFF.

“ANLCA must watch it, they must stop fighting NAGAFF, NAGAFF is founded by God, and you cannot fight it, if they keep fighting NAGAFF they will land in trouble, so ANLCA needs to apologies to NAGAFF;

“What is happening in ANLCA cannot happen in NAGAFF and the reason is because nobody is thinking for ANLCA and that’s why they are in shambles.

“ANLCA must listen to Prince Olayiwola Shittu, Tony Iju must listen to Shittu, because during his time Shittu told ANLCA members not to fight NAGAFF and he even led a delegation to NAGAFF headquarters”

“How will you think the port will be if NAGAFF and ANLCA  combine efforts, ANLCA needs to be put in prayers,  something is wrong”

” What is happening in ANLCA cannot happen in NAGAFF, because there is a structure, why is it difficult for the elders to call the association to order” he questioned.

It could be recalled that ANLCA has been embroiled in crisis over the years which culminated in a violent attack yesterday on its National Secretariat by suspected hoodlums.