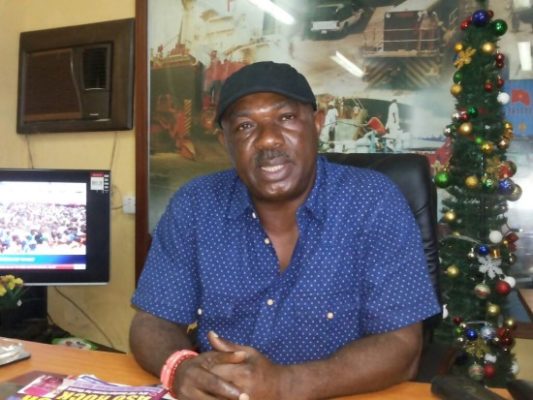 The Founder of the National Association of Government Approved Freight Forwarders (NAGAFF), Chief Boniface Aniebonam,  has lampooned the Council for Regulation of Freight Forwarding in Nigeria (CRFFN) for its failure to address the problems of freight forwarders which has led to protest at Tin Can Island Port and PTML over the VIN policy.

He lamented that the Transport Ministry has failed to add value to the progress of the council, adding that the purpose and ideas of CRFFN has not be achieved since inception.

Addressing press on Monday, Chief Aniebonam fumed that the issue should not have escalated  such an extent if the Council had addressed the issue with the management of Nigeria Customs Service (NCS) early enough.

According to him, the election has already been rigged  before its conduct by allowing a sole candidate in some ports.

“Right now, we can see that the elections has been rigged before time because you have a sole candidate like Increase Uche as sole candidate of Port Harcourt Airport.

He called on leaders of the accredited associations to speak against the development, saying if possible, they should withdraw from the elections because of the perceived injustice.

He called on the President of NAGAFF and Association of Nigeria Licensed Customs Agents (ANLCA) to spearhead a protest to the National Assembly in addition to kick against individual participation in the CRFFN elections.

According to him, the Registrar of CRFFN had called for a meeting with the registered associations over the lingering protest  but he lampooned the council’s head for lack of ideas on the  best way to conduct credible elections.

On the lingering strike action embarked on by practitioners in Lagos seaports, Aniebonam said NAGAFF is engaging management of Customs constructively on the VIN policy, even as he reiterated that “NAGAFF is not part of the protest.

He recalled the last meeting with the Transport Ministry where it was agreed that the elections should be according to the concensus of registered associations instead of individuals but added that recent development has indicated that the Ministry is more interested in individual contestants.