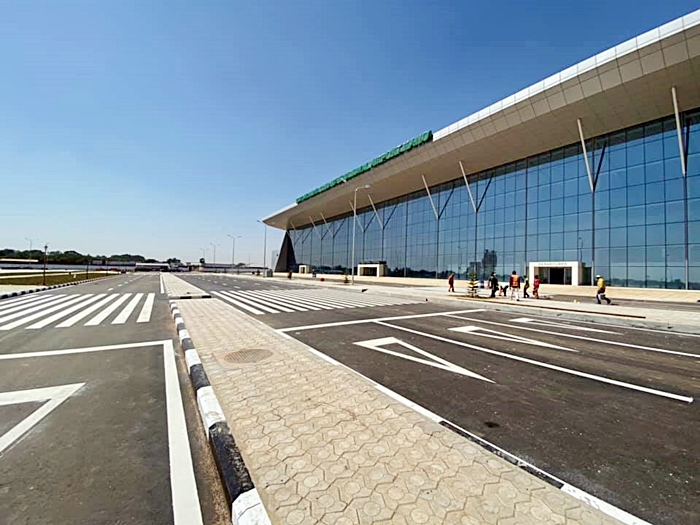 The Managing Director of Federal Airport Authority of Nigeria (FAAN), Capt. Rabiu Yadudu has given assurance that Aminu Kano International Airport terminal would be reopened soon.

Yadudu gave the assurance while conducting members of the House of Representatives from Kano and Jigawa States  lawmakers round the airport.

According to him, the plan to open the terminal was shelved due to the second wave of the COVID-19 pandemic.

“It will be reopened sooner than you expect because we are taking necessary measures to protect all stakeholders,” he assured.

Earlier, members of the House of Representatives from Kano and Jigawa States have appealed to the Federal Government to reopen the International wing of Malam Aminu Kano Airport.

Alhassan Ado-Doguwa (Tudun Wada/Doguwa constituency), the House Leader, appealed while leading the lawmakers to inspect the airport on Sunday.

According to him, the visit is a follow up to the meeting they had with the Minister of Aviation, Sen. Hadi Sirika on Thursday, March 4.

“Therefore, we feel it is wise for us to visit to see for ourselves what is actually on the ground to express our concerns to the Federal Government to reopen the international wing, like Lagos, Abuja and Port Harcourt.

“We are aware that it was closed together with other airports in the world based on the health challenges, especially the issue of COVID-19 which has been a major health challenge in the country.

“If you look at the scenario, Lagos and Abuja have higher cases of the virus than Kano. We don’t even have the new variant here, but the international wing is still closed.

“We are concerned about the collapse of businesses in Kano caused by the prolonged closure of the terminal. Many business people have incurred huge losses.

“We met with the minister and he gave us operational reasons and assured us that the terminal will be reopened very soon,” he said.

Ado-Doguwa also urged the business community in the state to utilise the newly completed terminal, when opened, to attract more airlines to the state.

The President of Kano Chamber of Commerce, Industry, Mines and Agriculture, Dalhatu Abubakar, welcomed the intervention of the lawmakers to secure the reopening of the terminal.

He commended the lawmakers for their effort, adding that reopening the airport will save businesses from complete collapse.

“This shows that we have leaders. We, therefore, urge the Federal Government to bring more international airlines to begin operations from Kano,” he added.