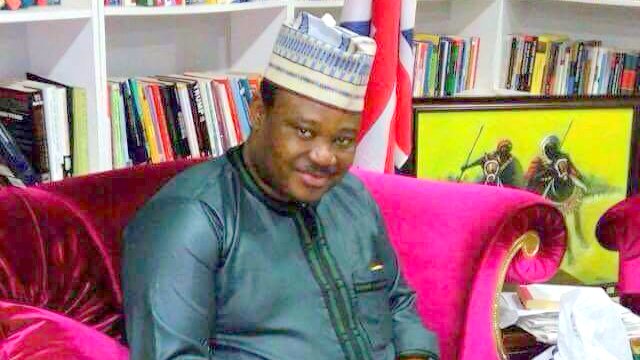 The Asset Management Corporation of Nigerian (AMCON) on Tuesday announced it has taken over NICON Insurance Limited and the Nigeria Reinsurance Corporation (Nigeria Re).

The two companies, belonging to the embattled businessman and politician, Jimoh Ibrahim, were taken over an alleged N69.4 billion debt.

To enhance the smooth running, efficient and effective management of the two firms, the board and management has been changed, AMCON said.

It said the take-over has been approved by National Insurance Commission.

“The reason for the changes in the board and management of the two insurance firms is sequel to the takeover of the major investor’s interests in the two organisations by the Asset Management Corporation of Nigeria (AMCON), and the Bureau for Public Enterprises (BPE) is working in partnership with AMCON to bring the much-needed stability in the operation of the organisations,” AMCON said in a statement.

“Similarly, the board and management of Nigeria Reinsurance Corporation has Mela Nunghe as Chairman, Olugbenga Falekulo, serves as Managing Director/Chief Executive Officer and Olusegun Ilori comes in as Executive Director, Finance & Admin.

It said the reconstitution of the board and management team of two insurance institutions is to ensure that the firms continue in their quest for transparent and accountable management of insurance in the country, and continue to deliver value to its stakeholders.

In 2016, a court ordered the seizure of some assets from Mr Ibrahim Jimoh over his debts to AMCON but he obtained a court injunction a month later, discharging the interim order granted to AMCON.

On November 19, 2020, following an order granted by Justice R.M. Aikawa of the Federal High Court in Lagos, AMCON was able to freeze the businessman’s accounts and also seize 12 properties.

He subsequently urged the court to set aside the order for “non-disclosure and misrepresentation of material facts”.

He also urged the court “to order AMCON to pay N50 billion indemnity for its alleged failure to conduct due diligence before obtaining the said order and for misrepresentation and concealment of fact”.

He lost this bid on February 16,2021 when Rilwan Aikawa, the judge at the Lagos Division of the Federal High Court declined his application.

He also has many unresolved corruption cases with the Economic and Financial Crime Commission (EFCC), the Federal Inland Revenue Service (FIRS) and a US firm, Aersale Inc.