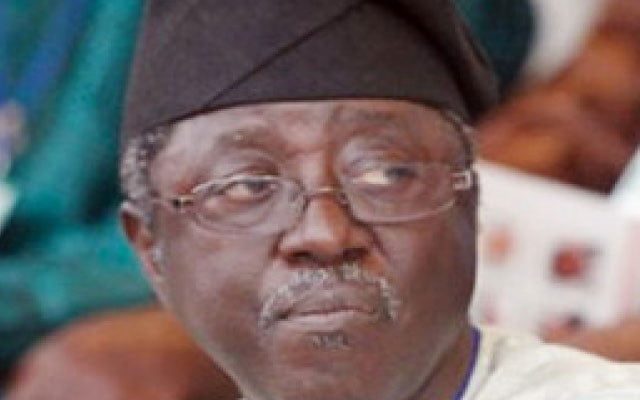 The trial of former Plateau State governor, Senator Jonah David Jang and a former cashier in the Office of the Secretary to the State Government (OSSG), Yusuf Pam before Justice C. L. Dabup of Plateau State High Court, Jos, continued today on Tuesday, with a trail-within-trial in which the second defendant, Yusuf Pam, under cross examination by the prosecuting counsel, Rotimi Jacobs, (SAN,) contradicted himself over claims that his statements were extracted under duress.

At the last sitting, Pam had told the court that between January 16, 2017 and May 2018 while in the custody of the EFCC, he was denied access to his phone, his lawyer, and his drugs.

“He further said that during interrogation, the Investigating Officer, Musa Sunday slapped and harassed him severally until he was compelled to write what Musa wanted to hear.

However, while cross examining the defendant Tuesday,  Jacobs (SAN) recalled that the defendant, while being prosecuted before justice  Daniel Longji,  never mentioned that he was harassed or denied access to his lawyer or drugs.

He asked the defendant to look at exhibit TWT 12 and tell the court what he saw. The defendant confirmed to the court that the document showed he told Justice Longji he did not need a lawyer.

Asked by the prosecution counsel to check the document and tell the court where the EFCC denied him access to his drugs, the defendant replied that, “it was not captured”.

Regarding the claims that he was slapped by the IPO, Jacobs asked defendant whether he reported the purported incident to the EFCC’s Department of Internal Affairs or the then head of Economic

Justice Dabup adjourned the matter to April 27, 2022 for continuation of trial in the substantive matter, and gave the parties two days to write their written addresses for ruling on the trial within trial.

Jang and Pam were first arraigned in June 2018, on 17-count charges bordering on misappropriation of funds and criminal breach of trust. He was re-arraigned in February this year, following the reassignment of the case to Justice Dabup by the Chief Judge, Justice Yakubu Dakwak after the former trial judge, Justice Daniel Longji, on his last day on the bench (December 29, 2019), dismissed the defendants’ no-case-submission, and held have a case to answer.