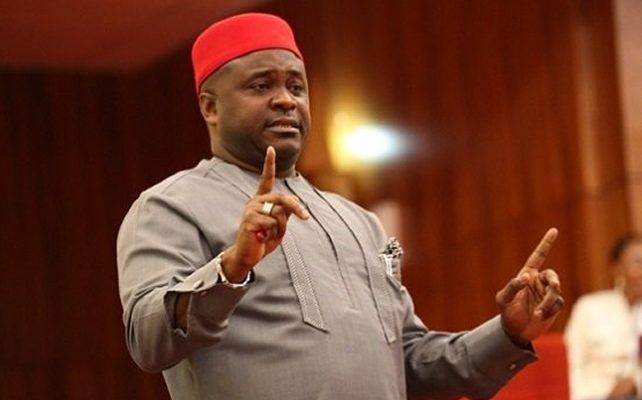 Justice Agatha Okeke of the Federal High Court sitting in Uyo, Akwa Ibom State has ordered the defence team of Senator Albert Bassey, standing trial on a six-count charge bordering on money laundering, to close its defence and prepare its final address.

The judge  gave the order on following the failure of the lead  defence counsel,  Kanu Agabi, (SAN,) to continue  the trial of the serving Senator  in an alleged N204million fraud.

When the matter came up  for continuation of trial on Thursday,  a member of the defence team, Mike Ozekhome, (SAN)prayed the court for an adjournment on the ground that the lead counsel, Agabi who is in possession of the case file, is currently receiving medical treatment abroad.

“With due respect my Lord, we shall be asking for an adjournment. We have filed a letter to that effect before this Honourable Court.

“The lead counsel, Chief Kanu Agabi, (SAN)is abroad for medical treatment and he has the file of this case. He called me to passionately plead for just one more adjournment.
“If I had the case file, I would have proceeded with this case”, he said.

Responding to the application, EFCC’s counsel, Ekele Iheanacho, expressed displeasure with  the numerous pleas from the defence and the several adjournments granted in the course of the trial at the instance of the defence.

“My Lord, we just got the letter of adjournment from the Chambers of the learned silk, Kanu Agabi. On our part, we will say that this is very worrisome and we urge the court to refuse the application” he said.

Ruling on the defence’s prayers,  Justice Okeke  upheld the argument of the prosecution and turned down Ozekhome’s  request for an adjournment.

The court consequently ordered him to continue his defence.
However, Ozekhome, while addressing the court after the ruling, insisted that the defence could not continue as the case file was with the lead defence counsel “My lord, we don’t have the case file” he said.

The prosecution thereafter applied that the case of the defence be closed. The application was granted and the court ordered parties to file their final addresses.

Justice Okeke adjourned the matter till June 22, 2022 for adoption of final addresses.

Bassey is being prosecuted by the Economic and Financial Crimes Commission for alleged money laundering and being in possession of six vehicles worth N204 million, at the instance of one Olajide Omokore, whose companies allegedly executed contracts for the Akwa Ibom State government.