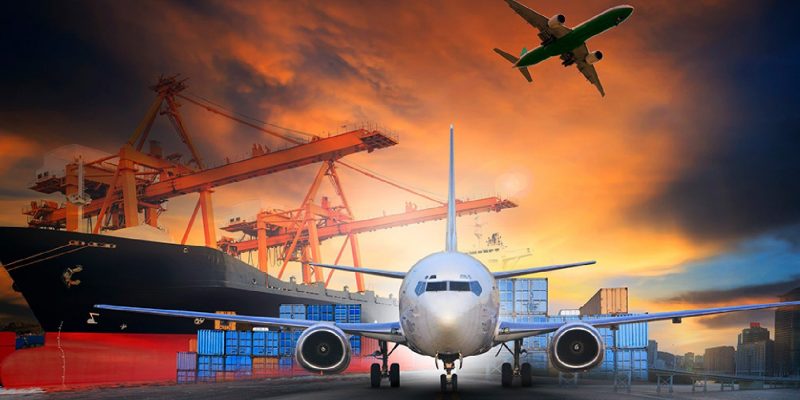 The supply crisis is generating problems in almost all economic sectors and the main organizations warn that this problem will continue during the next year.

The decline in maritime transport and the increase in demand that has been taking place in recent weeks – and which is added to the accumulated of the previous months – boosts the transport of air cargo, which shoots up 30% in November.

Much of the products that reach Europe come from Asia and they come by sea.

With the coronavirus, the cost of maritime transport has increased: the price of shipping a container with goods by ship has shot up more than 300%, also increasing loading times, which have multiplied by more than ten.
With the end of the confinements, a demand emerged that had been contained during those months, reserves and merchandise transport activities soared.
A situation that is beginning to hit all types of industries at the moment, but that in some sectors, such as the automotive sector, has been present for more than a year.

Problems with maritime transport have led to the traffic of goods to the air sector during the eleventh month of the year, which, compared to the same period of the previous year, has skyrocketed by 29%.

In the accumulated of the year, air cargo operations have shot up 26% compared to the same period of 2020.
A few weeks ago, the Bank of Spain warned that disruptions in global supply chains could cause a reduction in the growth rate of the Spanish GDP between two and three tenths in 2021, and between five and nine tenths in 2022, an effect in which international carry-over effects would play a prominent role.

Most of the adverse effect on Spanish GDP of these bottlenecks would be associated with negative impact on the automotive sector, due to the high weight and relevance that this sector has in the Spanish economy.

Likewise, the manufacturing branches that are most stressed by these imbalances are those that, from a historical perspective, present very low levels of inventories of final goods and declare to be experiencing a relatively significant shortage of supplies.

“The transport of goods by road is gaining weight in the total modal split instead of falling in favor of other modes, something to blame is also on the ecommerce.

” Sometimes the cake grows very fast and the road is the one that best adapts to variations like these, something that neither ships nor trains can do the same ”, says Ramón Valdivia, General Director of the Association of International Road Transport (ASTIC).

Until the end of the third quarter, the road transport sector was in full recovery of its volume of activity, despite the 22% increase in diesel and natural gas -one third of the fixed cost of a heavy truck- and the rise in AdBlue, an anti-pollution additive that has doubled in price in the last four weeks.

However, the economic juggling that the sector made to improve last year’s accounts seems to be coming to an end.

The lack of enough drivers, the indefinite delays in truck deliveries by manufacturers and now, the enormous mess of maritime logistics chains, put road transport in check again: routes without return cargo, trucks that have to leave without completing their capacity of cargo, or trucks stopped waiting for the expected goods to arrive, are making a dent in the sector, which may end up close to the results of 2020, that is, with a profit reduction of up to 15% compared to the same 2019 period.