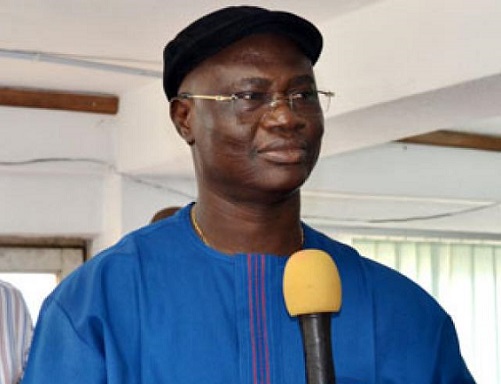 The Maritime Workers’ Union of Nigeria (MWUN) has advised the management of Lekki Free Port Terminals, operators of Lekki Deep Seaport in Lagos, to spread job opportunities across the six geopolitical zones of the country when it commemces recruitment in its facility billed to commence operations before the end of the year, 2022.

The union gave the advice to avoid likely insurrections in some parts of the country in future for failure to enlist their indigenes in their recruitment exercise.

The President General of MWUN, Comrade Adewale Adeyanju made the call when the union executives paid a working visit to the facility in Lagos on Thursday.

The Human Resources department of the LFP was also advised to consult the union for recommendations and guidance on the dockworkers it would engage to avoid hiring the recalcitrant elements in the port.

The Lekki Free Port Terminals (LFT) is expected to commence operations between September and December of 2022.

“It is affecting productivity because other tribes are complaining that are they not part of this country. I want to implore the management to look inward in engaging people, they should spread it round.

“If you spread it round, others too will support you but if you select only one tribe, it will affect the management. That is my advice on that.

Earlier, Comrade Adeyanju while welcoming the Chief Executive Officer (CEO) of Lekki Port, Denrick Moos,  assured the terminal of the union’s support to achieve the aim of the terminal operators

He added that his administration as PG of MWUN will deal decisively with any member of the union working with the terminal, that contravens the laws of the organisation as well as that of the union.

His words, “I want to congratulate you on your new assignment, you are not new in the industry, many may not know you but we know that you have digitized containerized cargoes in Nigeria.

Responding, the CEO, Denrick Moos said that the organisation operated open door policy and ready to take complaints from the union.

Moos also sought the support of the union to make the port a commercially viable one.

Moos said, “As a new terminal, we respect all stakeholders, we have an open door policy, we are here to work with you and whenever there is need to come and talk to us, feel free.