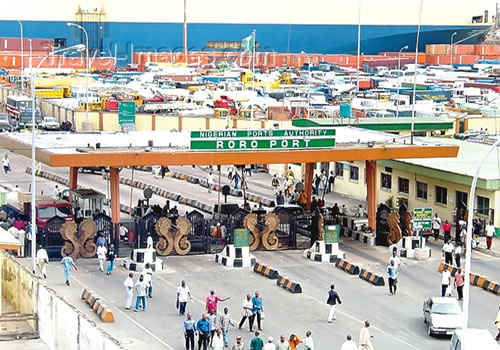 Maritime stakeholders have decried the spate of infrastructure decayed in the nation’s seaports, which has made port operations cumbersome and laborious for port users.

The stakeholders who expressed worry over the state of the nation’s ports said that 90 per cent of infrastructure in the ports are more than 40 years, which could no longer handle the volume of the operations at the ports.

Speaking on this development, a marine engineer, Mr. Adeyinka Sholeye said that Nigeria has lost its transshipment hub status to West African countries like Togo, Ghana and Benin Republic due to dilapidated port infrastructure in Nigeria.

He added: “These countries claimed transshipment hub status from Nigeria because they have developed ports into modern ones with infrastructure such as good access roads, deeper draught that can accommodate larger vessels. Don’t be surprise that these ports have been automated. They have automated their processes.

“While these countries can take a vessel with 16 meters draught, none of Nigerian seaports can accommodate such vessel due to the nation’s shallow draught that is not more than 13 meters. That to tell you the level of seriousness and investments these people have committed to their ports.”

Speaking on the development, the Vice President, Association of Nigeria Licensed Customs Agents (ANLCA), Kayode Farinto, said it is a shame that the nation’s second largest revenue earner, after oil was left to wallop in such a sorry state with dilapidated infrastructure.

According to him, there are too many factors that are drawing the sector backward, ranging from bad access roads to the ports, to high shipping costs, shallow water draft at seaports.

“There are too many issues responsible for the setback. The government does not have either the political will or she is not serious about implementing those good policies. You should expect that before the end of this year we are going to have more than 40 per cent drop in cargo coming to Nigerian ports.

“The neighbouring countries, such as Ghana, Côte d’Ivoire, Ghana and Togo are rapidly developing their seaports”.

He said Nigeria is currently loosing grip of the shipping economy due to abandonment of the sector, which is the second revenue earner for the government after oil.

He identified the neighbouring ports, which have either completed their deep-sea projects or near completion at Cotonou, Benin Republic, Lome, Togo, Accra, Ghana and Cameroun.

He called on the Federal Government to wake up by designing the concept of a deep sea/ transshipment center to accommodate large E-Class vessels/mega ships of 8000- 20000 TEUs, that are currently demanded regionally and globally, which is the only solution to the diversion of goods to neighbouring ports.

He advised that with international best practices, Nigeria must design the following: National Guarantee system to cover the payment of import duty taxes at the time of transit; Custom Seal that ensure the physical integrity of the goods while in transit, making sure that the goods start and exit the transit in its original state; Implement electronic tracking system enabling Customs to track and locate transit vehicles and guide intervention force including Customs staff; a document system to enable transit document issued at the start of Transit journey to be accepted by transport and Custom authority along transit

However, he identified inefficient port system as the reason why the country lost the transshipment hub status to other West African countries. He said except there is a change in infrastructure rehabilitation, Nigeria will continue to lose cargoes to neighbouring countries, which have deep seaports and better facilities.

Amewero expressed disappointment  that Nigerian ports cannot accommodate mega ships with 8000-20000 TEUs, arguing that this was against the trend in neighbouring ports.

He said the federal government needs to address the unwholesome practices of manipulated delays by providers of shipping services and other government agencies which have led to high demurrage, rent and high transactional costs.

He stated that such practices are inimical to the efficiency of the port system, adding that such issues against Nigerian ports need to be addressed for the sake of national economy.

“There is need to reclaim our cargo from neighboring West African countries that is now hub for Nigeria cargos, by working out mechanism for a better developed regional hub to consolidate on our destination of Nigerian cargo that has been siphoned by regional ports,” he added.