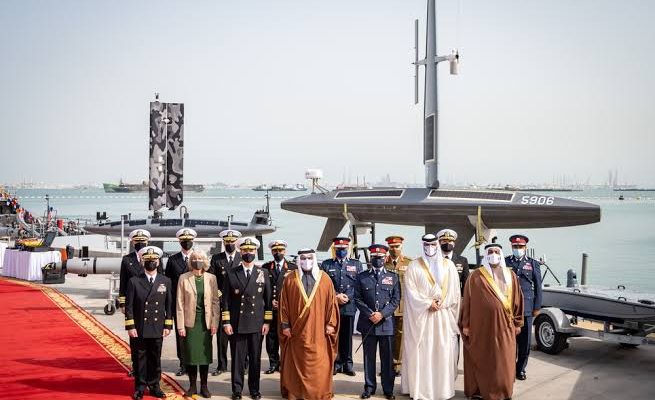 The combined training includes 9,000 personnel and up to 50 ships from more than 60 partner nations and international organizations operating across two regions.

“This is a unique opportunity to increase our capabilities and interoperability while strengthening maritime ties.”

During the exercise’s first day, His Royal Highness Prince Salman bin Hamad Al-Khalifa, the Crown Prince, Deputy Supreme Commander and Prime Minister, witnessed part of the International Maritime Exercise, where he was briefed on new unmanned technologies and engaged in the exercise.

His Royal Highness visited Naval Support Activity Bahrain where he also was briefed on the activity of the Royal Bahraini Navy participating in the exercise.

In addition, His Royal Highness the Crown Prince and Prime Minister stressed the importance of protecting international maritime traffic from threats that adversely impact global trade.

He  thanked  the U.S. for their role in this regard, and stressed the need to unify international efforts to further strengthen regional maritime security.

Training will also focus on enhancing capabilities in command and control, sea control, maritime security operations, and mine countermeasures.

This is the seventh iteration of IMX since its establishment in 2012. Training evolutions during this year’s combined exercise will span across the Arabian Gulf, Arabian Sea, Gulf of Oman, Red Sea and North Indian Ocean.

The exercise is scheduled to conclude Feb. 17.