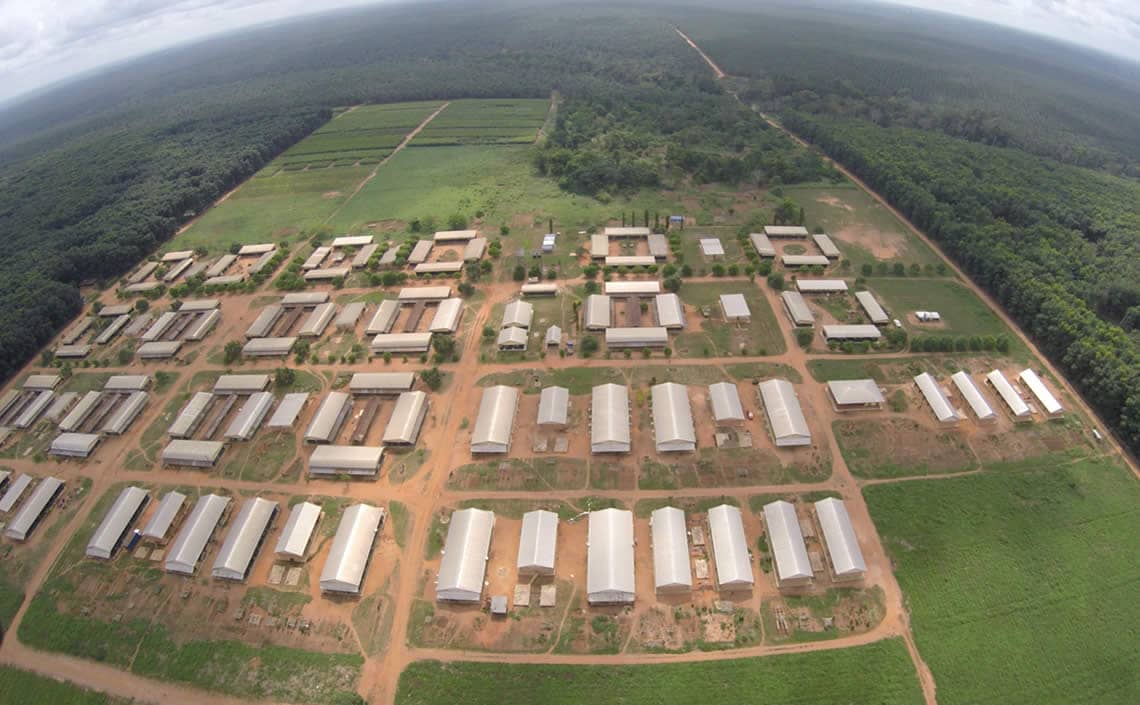 Chinazor Megbolu    |   Host communities of Okomu Oil Palm Company Plc are protesting over what they called marginalisation by the company.
Protesters from different villages such as; Gbelebu, Safargbo, Okomu, Oweike, Maikolo, amongst others carried placards bearing inscriptions like; ‘Government, “Tell Okomu Oil Company to open our road”, “Stop polluting our stream with your agro-chemical, It is our only source of drinking water”, “Okomu Oil Company give us our fishing traps that are with you”.
And on another placard, they wrote: “We are not terrorists, stop harassing us with military, Okomu Oil”.
The aggrieved protesters also said the State government sold their farmlands to the Okomu oil company. thereby incapacitating them as farmers. Spokesperson of the Okomu clan, Chief Ajele Sunday, said it was very unfortunate that the State government joined in enslaving the people with the continuous sales of the local farmlands to a foreign company.
“The state government sold the land to a multinational company, where these people farm and even trade. “If you sell the land, where do you want these people to survive?
“Ordinarily, we expected the state government to come to the aid of these host communities over the ill-treatment but unfortunately, the state government has joined them in the enslavement,” he lamented.