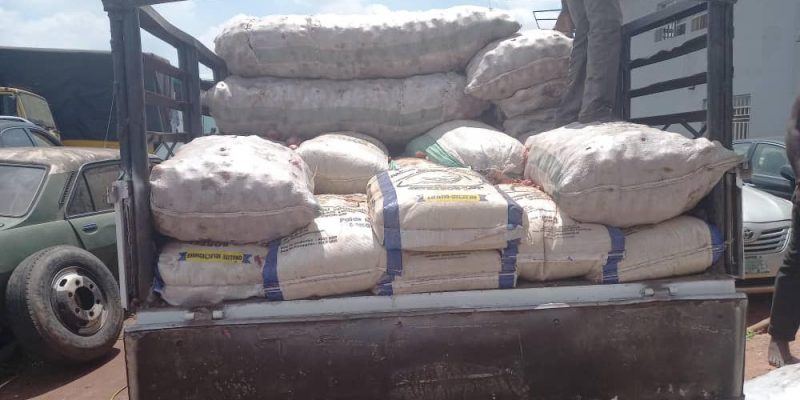 This was contained in a press statement made available to our correspondent by the Customs Public Relations Officer (CPRO) of the anti smuggling unit, Jerry Attah on Monday.

According to the statement, 45 rolls containing 4,500 sachets of 225mg of royal brand of tramadol, 210 bags of 50kg foreign parboiled rice, 18 parcels of Indian Hemp, 19, 725 sachets of dizapam tablet, 98 bales of used clothing, 220 cartons of foreign tomatoes paste, 12 cartons of foreign Johnson soap, 240 pieces of used tyres, 668 pairs of used shoes, among others were mostly intercepted along Okada-Benin/Lagos expressway.

Within the three months of the second quarter, the command arrested five suspects in connection with the various seizures.

Comptroller Yusuf Lawal, Controller of the anti-smuggling unit, reiterated that even though smuggling is a global phenomenon that cannot be eradicated entirely, invited all hands to be on deck so that it could be reduced to its barest minimum.

He commended the resilience and doggedness of his officers and men that brought about this result, noting that only God knows what would have happened if the tramadol had gotten to the wrong hand at this trying moment of the country, saying the negative consequences could not be over-emphasized.

The Comptroller averred that the feat could not have been possible without the logistics support of the Comptroller-General of Customs, Col. Hameed Ibrahim Ali (Rtd) and the entire management, as well as the media for their partnership in sensitizing and educating the general public on the evil of smuggling to the nations economy which has led to drastic reduction of smuggling within the zone.

While appreciating the efforts of sister agencies, he said, “Our sister agencies that are always on ground giving us the necessary operational support, most especially the Nigeria Army, Police, DSS among others, we look forward to sustaining such relationship that will yield better performance in the remaining half of the year.

He urged the officers and men of the unit to always ensure professionalism and be diligent in performing their statutory responsibilities.

He also charged them to sustain the anti-smuggling operations by making sure all revenue leakages are blocked even as he encouraged them to keep thwarting the antics of the dare-devil smugglers who used different methods of concealment for smuggling. 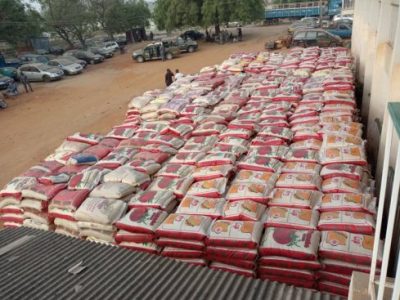 Foreign rice smuggled out of Lagos seaports lands in warehouse

ANLCA chieftain seeks reduction in levy on VIN to 5 percent